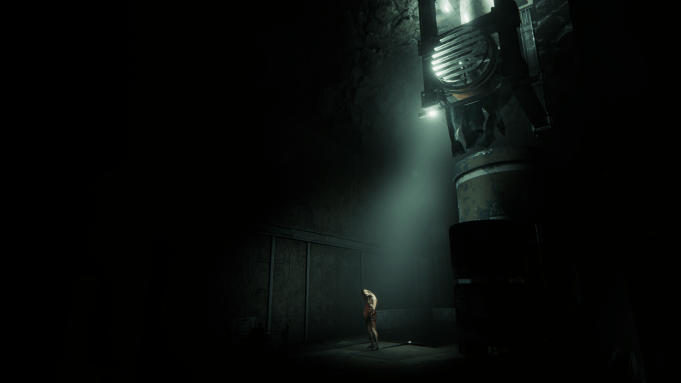 “GTFO” is about four scavengers trapped in an underground complex by a mysterious entity called the Warden. Each day, they’re forced to explore their subterranean prison and retrieve items or complete objectives for their captor. The complex was abandoned years ago and is now filled with horrible, flesh-eating monsters, so the scavengers must work together to survive.

“GTFO” might be a FPS, but it’s also very much a survival horror game. Its pace is slower, more deliberate, and it places a bigger emphasis on stealth, exploration, and strategy than other co-op shooters.

10 Chambers Collective, which is comprised of former “Payday” and “Payday 2” developers, also reveals more about the game’s story in the documentary. It won’t be a traditional campaign, the studio said. Instead, the narrative will unfold over time through free continuous updates and answer some of the game’s central mysteries — namely, who is the warden, what is their agenda, and what’s up with the creepy complex and its monstrosities? The studio has hired writer Adam Gascoine (“Doom” 2016) to help with the story.

The post-launch updates will also add new environments. We get a glimpse of two in the documentary, and they’re apparently inspired by Ridley Scott’s work, especially the first “Alien” movie. “The sort of style of the environments are purposely picked to start off in something that registers as natural and normal,” said “GTFO” creative director and 10 Chambers Collective founder Ulf Andersson. “And then, as players progress through the game, this will of course change and become … I guess, weirder and weirder.”

“GTFO” is expected to launch on Steam sometime this spring.