‘Groundhog Day’ Sequel in Works — But It’s a VR Game, Not a Movie

Sony Pictures VR working on two other games for PSVR 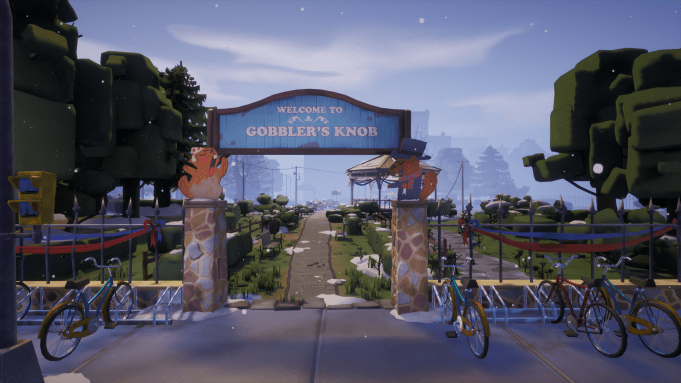 “Groundhog Day” is getting a sequel, but it’s not a movie — it’s a virtual reality game being developed by Tequila Works in partnership with Sony Pictures Virtual Reality.

“Groundhog Day: Like Father, Like Son,” drops players into a reoccurring day in the life of Phil Connors Jr., the son of the eventually affable Phil Connors and Rita Hanson from the 1993 film. As with the movie, the game has the player stuck in a single day, trapped in Connors’ home in Punxsutawney until the son, like the father did before him, learns the value of friends and family.

The game is Sony Pictures Virtual Reality’s first foray into branching narratives and interactive storytelling in a VR game. What it isn’t is some sort of preamble or marketing ploy for a film sequel.

“We are not developing a new ‘Groundhog Day’ movie,” Jake Zim, senior vice president of the Sony Pictures VR group, told Variety. “This is us expanding the storyline into a new format. We’ve taken ‘Groundhog Day’ and put it into a musical, now we’re putting it into an immersive experience.”

The conceit behind Sony Pictures VR is to build out a profitable business around immersive entertainment, Zim said. Virtual reality is the group’s current focus and because it is a standalone group inside of Sony, it can remain fairly nimble in how it attacks the problem of creating a viable commercial business for virtual reality.

“We have the ability to flex and pivot as much as we need to,” Zim said. “That has allowed us to work within Sony to do deals with companies like the Void (which teamed up with Sony to create a walk-through virtual reality ‘Ghostbusters’ experience), or create something for multiple platforms, or work in the immersive theater space.”

This “Groundhog Day” game represents the group’s attempt to make a video game that players will be willing to pay for and that can compete with other VR games in the market, he said.

“When we launched this business three years ago, we thought we would build small bite-sized games with movie IPs and see what price point we could get up to,” Zim said. “But we learned that wasn’t what the audience wanted.

“‘Groundhog Day’ is a real attempt to make a real game.”

Sony Pictures VR reached out to Sony Interactive Entertainment for suggestions on who could develop the game for them, Zim said. The team didn’t use Sony’s own worldwide studios because the sort of budget that team would need didn’t line up with the sort of game they wanted to make, he said.

“We didn’t want to create a situation where we are building a game that is overscoped,” Zim said. ”The projects we work on have a path to profitability.”

They were also looking for a studio that had some experience with the core concept behind the game: a time loop.

Tequila Works, based in Madrid, Spain, is an indie studio with a solid reputation that had already worked on a virtual reality game with a complex intertwined narrative.

Zim said they also liked the idea of working with an indie developer rather than a large studio.

He said there was a lot of back and forth over the years of development and that he’s happy with how the game is shaping up. “Groundhog Day” is set for a release later this year on PlayStation VR, Oculus Rift, and HTC Vive. There will also be a version brought to the Oculus Quest, he said.

The game is built around a branching narrative with dialogue and event-driven interactivity that opens up new paths, new character interactions, new puzzle moments, and flashbacks as you continue to tell your story.

“You’re essentially trying to resolve all of the problems you’ve brought with you, to solve the day,” he said. “It’s definitely still a comedy, a dark comedy.”

The group worked with a team of narrative design consultants to craft the dialogue and story. Zim said the full playthrough will likely be about eight hours. He declined to say whether Bill Murray, who played Phil Connors in the film, did any voice work for the game.

He did say that if the game is well received, it’s possible it could be released on non-VR gaming platforms.

“But our first step is to put our toe in the water to see how the VR product does,” he said. “Than we can grow it from there if there is an opportunity.”

Sony Pictures VR, which worked with MWM Immersive to co-produce “Groundhog Day,” is also working on two other unannounced projects launching on the PlayStation VR and other platforms this year.

“We have a lot of stuff in the pipeline,” Zim said. “We look at upcoming theatrical releases and find ways to develop games around that, but we also look at our whole catalog, our library and try to find IP that would fit into gaming.

“Ultimately, the goal is to find more worlds that could become immersive.”