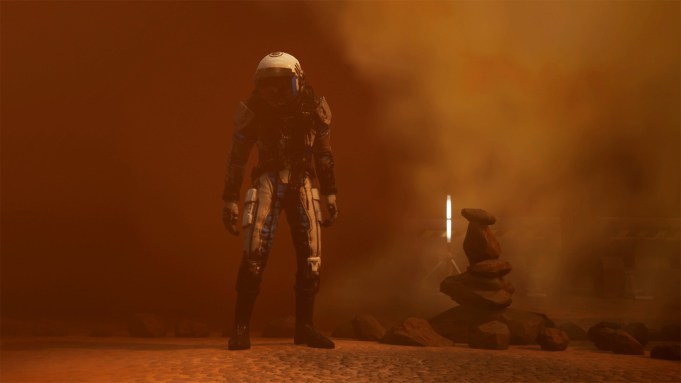 Set on Mars in the not-so-distant future, it mixes scientific exploration with Lovecraftian horror. The player is Shane Newehart, a technician stationed in a secret research base on the Red Planet. Naturally, things get a little hinky. Systems are malfunctioning, there’s a strange mist in the greenhouse, and the rest of his team hasn’t returned from its mission yet. And that’s all before the hallucinations start.

“Moons of Madness” began as a prototype at Rock Pocket Games. Once Funcom came on board, however, the two Norwegian companies expanded its gameplay and scope. It draws from the lore and mythology of Funcom’s massively multiplayer online game “Secret World Legends,” the publisher said. Both games take place in the same thematic universe, but you don’t have to play one to enjoy the other.

“With Funcom’s support we have been given the opportunity to do all the things we wanted to do with the game and the story,” said Ivan Moen, CEO of Rock Pocket Games. “’Moons of Madness’ has been an internal passion project of ours, one that we’ve worked on in-between other titles for other publishers, and now being able to fully focus on it and put all our creative energy into it is a dream come true.”

Expect “Moons of Madness” on PC, PlayStation 4, and Xbox One during the Halloween season.