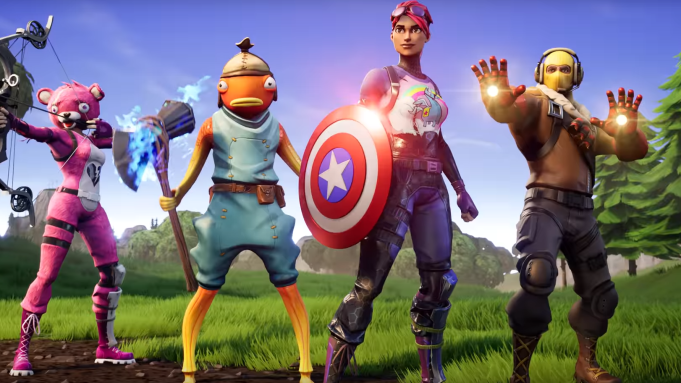 The latest update for “Fortnite” brings a new limited time mode inspired by “Avengers: Endgame” and a slew of bug fixes and other improvements on Thursday, according to Epic Games’ official patch notes.

The new trailer for the “Endgame” mode, which you can watch above, shows Thanos and his army as an immediate threat to take on, and also gives glimpses of the “Avengers” items up for grabs in the mode, including Captain America’s famous shield and Thor’s Stormbreaker axe.

In the mode, players can take on Thanos and his Chitauri, preventing them from finding all six infinity stones if they’re on the Hero team. They must destroy the Chitauri army and Thanos, and quick, because each infinity stone gathered brings extra abilities to Team Thanos.

Players can also be on Team Thanos, in which case the objective is to find infinity stones as quickly as possible, and then take out all the heroes once they’re found. Heroes can’t respawn once all the stones are gathered. The first Chitauri soldier who finds a stone will transform into Thanos, which means they get his exciting abilities, including a powerful punch and beam attack, as well as the ability to high jump and subsequently smash anything unfortunate enough to be in the way on the way down.

The abilities gained for the Thanos Team with each infinity stone claimed is as follows, courtesy of the Epic patch notes:

The new update also brings some new content to Creative mode, including a prefab of a pirate ship, in which players can create their own pirate hideaway.

In addition to the new mode, various bug fixes were added in to this update. For example, an issue in which the correct amount of experience was not being given after matches has been resolved, and players have been gifted additional XP to compensate for this error. There were also some phantom gameplay sounds from weapons and movement that were triggering at incorrect times that has been fixed.

For mobile, there were stability improvements added to resolve issues that were causing game crashes.

For the full list of updates, check out the V8.50 patch notes from Epic Games.