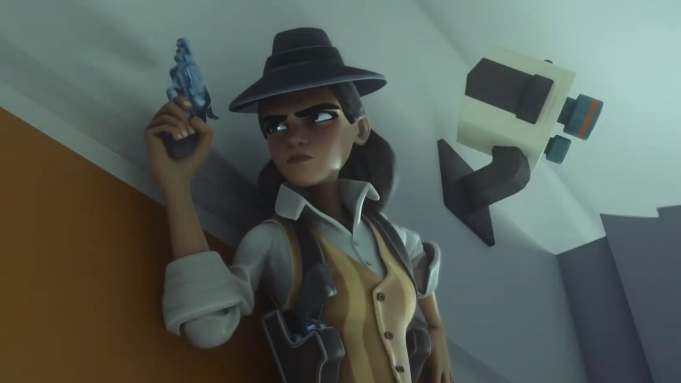 We got our first look at the upcoming “Evil Genius 2” on Monday during the 2019 PC Gaming Show, and the game looks like a playful take on dominating the world.

“Evil Genius 2: World Domination” will be a followup to Rebellion’s “Evil Genius,” which came out back in 2004. The game was announced a while back, and now we’ve got our first look. You can watch the world premiere trailer above.

It looks like the game might have lots of bizarre gadgets and obstacles, as we can see a female character dodging lasers, thwarted by a massive fan, and finally getting dropped into a shark tank. The trailer serves as a nice teaser, but it doesn’t tell us much about what to anticipate for gameplay just yet.

The game will be coming to Steam. While we don’t have a release date yet, interested players can sign up for a chance to get access to the closed Beta (specifically, Rebellion says some can “win” access to the Beta) at the website for the game.

The PC Gaming show also saw reveal trailers for “Unexplored 2” and “Zombie Army 4: Dead War.” Plus, we got a new trailer for “Shenmue III.”