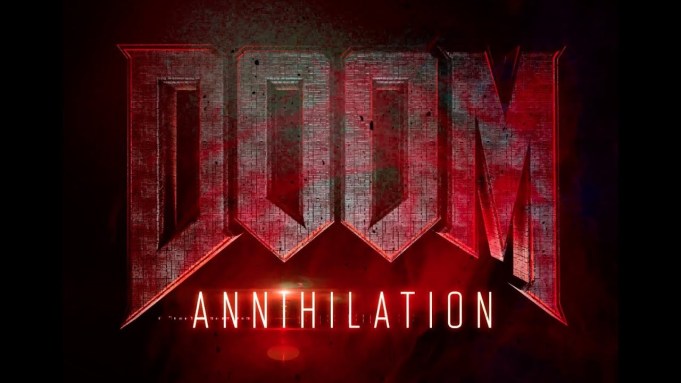 The first trailer for “Doom: Annihilation,” the latest live-action adaptation of the popular first-person shooter, is out in the wild.

An NBC/Universal spokesperson told Variety the new “Doom” is being handled by Universal 1440 Entertainment, which produces live-action and animated non-theatrical productions directly for distribution in all media worldwide. That means the film may be direct-to-DVD, or it could possibly appear on a digital platform like Netflix. Universal 1440’s other projects currently include the latest “Tremors” movie, a “Death Race” sequel, and an adaptation of Bruce Coville’s sci-fi classic “Aliens Ate My Homework.”

The film appears to follow a group of space marines responding to a distress call coming from a base set on one of Mars’ moons. When they arrive, it appears the base has been positively overrun by demons, the mainstay enemies of the “Doom” franchise. It isn’t linked to the 2005 “Doom” starring Karl Urban and Dwayne “The Rock” Johnson, however, and will follow a different set of characters. It remains to be seen how much will borrow from the games’ lore, as it looks like a new story unrelated to the titles’ previous story threads.

The last attempt at a “Doom” movie was in 2005. It starred Dwayne Johnson, Karl Urban, and Rosamund Pike and was loosely based on the video game series. It scored a 19% on Rotten Tomatoes and grossed only $56 million at the box office, $4 million less than its budget.

As far as video games go, “Doom Eternal” is set to become the next entry in the legendary franchise, poised to bring players a modicum of demon-slaying and gory gameplay later in 2019. There isn’t a release date for the game just yet, but “Doom: Annihilation” will be debuting at the end of 2019.