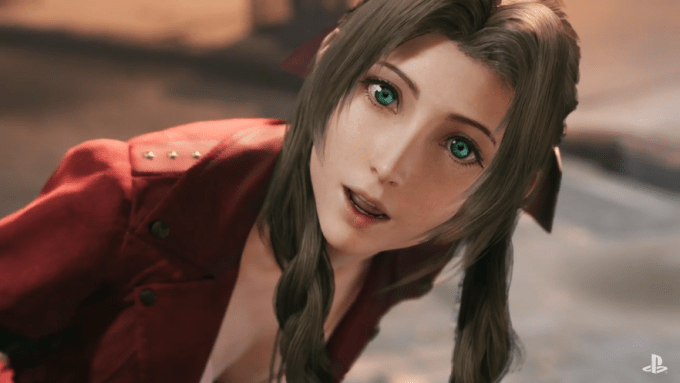 Sony gave fans a new glimpse at its upcoming “Final Fantasy VII” remake during its PlayStation State of Play livestream on Thursday.

The teaser video shows protagonist Cloud’s first encounter with flower girl Aerith. We also get a shot or two of AVALANCHE leader Barrett and his fellow eco-terrorists Jessie and Biggs. Yes, Sephiroth is there as well. All of the characters now sport fully voiced dialogue. There are also a few good glimpses of the game’s real-time combat. While the original featured turn-based battles, the remake uses a system similar to the one found in “Dissidia Final Fantasy.” It looks both gorgeous and bombastic. Just what you’d expect from a “Final Fantasy” title.

“Final Fantasy VII” originally released on the PlayStation console in 1997 and is widely considered to be one of the best role-playing games of all time. It tells the story of a mercenary named Cloud Strife and his battle against a corrupt megacorporation called Shinra. The remake was officially announced during E3 2015, but Sony has been pretty tight-lipped about the project since then.

While today’s teaser was also light on details, Sony said it will reveal more information about the game in June. “Most of the plans are already in place in the run up to launch, so please bear with us a little longer until we can release more information next month,” “Final Fantasy” designer Tetsuya Nomura said in a tweet following the livestream.