Surreal Puzzler ‘Figment’ Explores Subconscious on PS4 This May 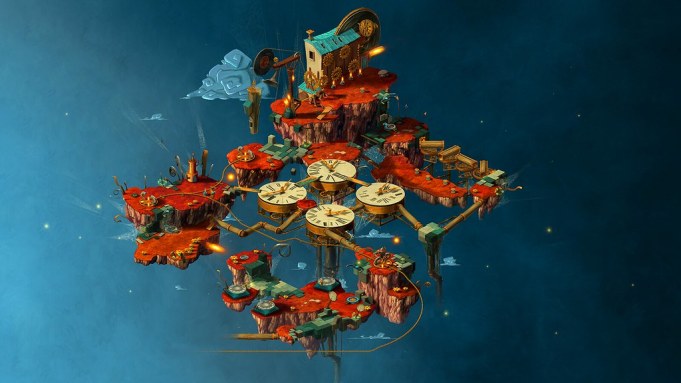 Bedtime Digital Games’ surreal action puzzler “Figment” is coming to PlayStation 4 this May.

The action-adventure game is set in a colorful universe filled with “music, humor, and a multilayered narrative.” It’s a game meant to explore the subconscious, where dreams are created, by asking where dreams themselves come from and what the world of dreams could look like.

As such, the game explores the worlds of the brain’s left and right sides, with the logical thought processes taking up the left side and creative machinations on the right. The right side of the brain is represented by the colorful, wacky world of Freedom Isles, which is meant to represent the creative capabilities of the human mind. It’s chock full of eye-popping color and vivid sights and sounds. The idea was to give it a certain mood, “as if it’s always noon there.”

In contrast, the left side of the brain is a realm dedicated to problem-solving, riddled with steamworks and cogs, visually arresting but a bit more muted than Freedom Isles. Originally it was meant to be a much more sterile area with fewer rich hues, but the decision was made to give it a similar tone to Freedom Isles, based on a factory in comparison to Freedom Isles’ idyllic island theme. The two areas are linked together with The Pathway, or the game’s answer to the bridge between the subconscious to the conscious.

The game will explore several themes like death and disease while its strange singing villains must be conquered by protagonist Dusty. Though the game is keen on giving players a chance to look at mature elements, it doesn’t shy away from humor and music, opening up a colorful and bizarre world that looks rife with possibilities.

“Figment” is currently available on Nintendo Switch and PC and will be making its way to PlayStation 4 on May 14.