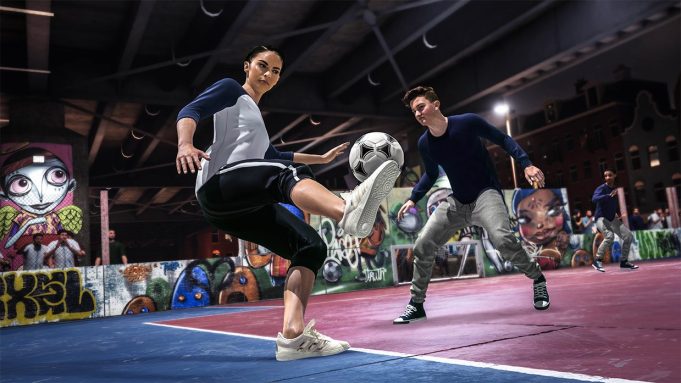 Electronic Arts dropped a trailer for the upcoming “FIFA 20” that shows off the football gameplay players can anticipate in the latest addition to the “FIFA” series on Saturday, ahead of its EA Play showcase.

You can watch the action above in the trailer.

“EA SPORTS VOLTA takes football back to the streets with the authentic culture, creativity and style of the small-sided game,” according to the EA website.

Volta seems to be bringing “FIFA Street” to “FIFA 20,” and players can customize their play experience by customizing their player’s avatar and picking their arena.

In addition, there are multiple ways to play Volta, as detailed by EA. Players can pick from “Play 3v3 Rush (No GK’s), 4v4, 4v4 Rush, 5v5, and Professional Futsal,” and they can choose whether they want to play through a story mode or take another route.

“Build up your squad in VOLTA World, lead your player through the VOLTA Story Mode, play through Promotion and Relegation in the online VOLTA League, or take your favourite professional teams to the streets in VOLTA Kick-Off,” a description on the website reads.

“FIFA 20″ isn’t coming until September, but fans of the popular game series can check out more during the EA Play stream on Saturday, since the game is confirmed to be featured in the stream.

“FIFA 20” is scheduled for release on September 27 for Xbox One, PlayStation 4, and PC.