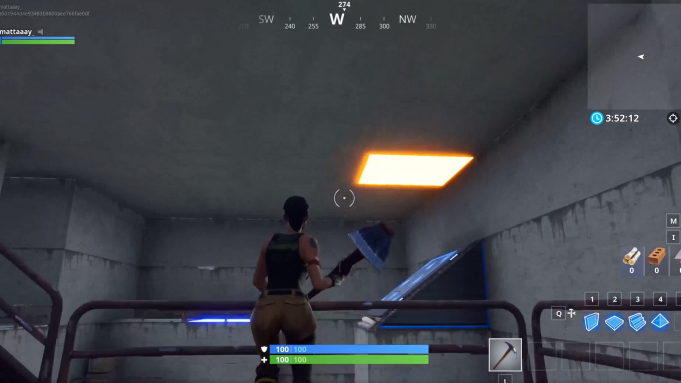 A user recreation of “Portal” made in “Fortnite’s” creative mode has 10 stages to play through, as shown in a Reddit post Sunday.

Reddit user IdiotsPlayGames’, known in “Fortnite” by creator code BluDrive, revealed their new creation, which mimics the puzzle play and unforgettable style of “Portal,” complete with a GLaDOS-inspired voiceover for effect. The stages were made using “Fortnite’s” Creative Mode.

Of course, the limitations of the “Fortnite” creative mode mean that the creator couldn’t make a portal gun. Instead, the iconic blue and orange circle portals have been replaced with square ones which are already placed in the levels. The objective seems to be reaching these portals, whereas in the original “Portal” the player needs to create portals to jump or fall into (and out of).

Still, the look of the stages of the user creation are an uncanny resemblance to the testing rooms of the Aperture Science facility.

Epic Games rose to prominence in the games industry and wider renown with the release of the free to play battle royale mode of “Fortnite.” Now, players can create their own content in the Creative Mode of “Fortnite,” which released last month. Select community creations are featured publicly in The Block, located on the in-game island.