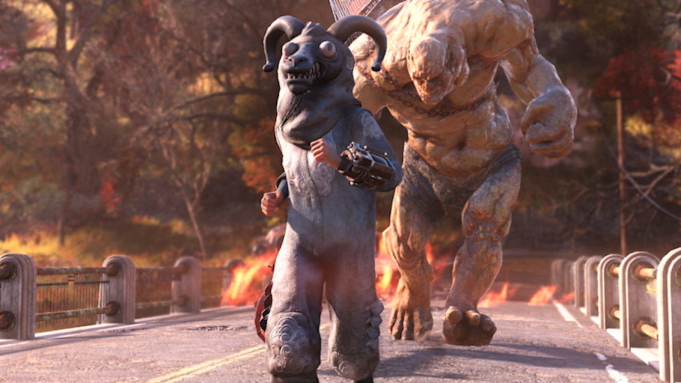 The Wild Appalachia Patch is “the first of many new content updates to come,” Bethesda said. It introduces a new questline, a pair of daily quests, and a crafting system, along with a variety of balance and gameplay adjustments.

The new questline — Wasted on Nukashine — sends players on a journey to uncover the secrets of the notorious post-apocalyptic alcohol. Completing it will unlock the new brewing and distilling crafting system. Players can make wines, spirits, beers, and mixed drinks that provide temporary positive and negative effects. There are also several new brewing and distilling daily and weekly challenges for players to complete.

Today’s update also includes a new seasonal event quest called Fasnacht Parade. The bots of Helvetia are preparing to send Old Man Winter packing and they need help. Players who participate can grab some loot for their troubles, including some new Fasnacht masks.

Bethesda said it’s also implemented a number of balance changes for energy and heavy weapons. They should last longer now before needing repairs and do increased damage.

Other patch highlights include a challenge tracker, a longer AFK timer, and a player reporting system.

Wild Appalachia is one of three major content drops expected this year. The other updates, Nuclear Winter and Wastelanders, are expected to launch in the summer and fall. You can check out the full patch notes on Bethesda’s official website.