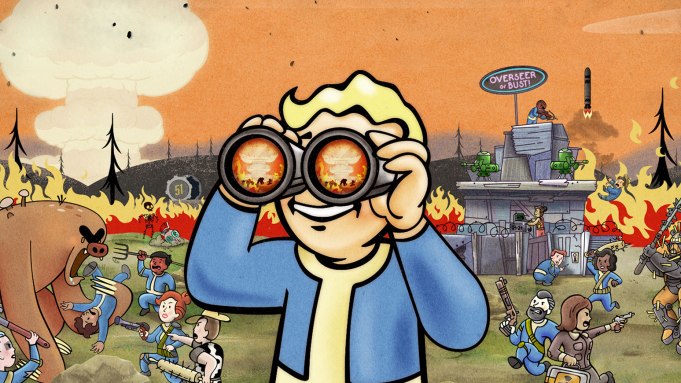 “Fallout 76” is getting its biggest update yet: Wastelanders. Bethesda says that it will “fundamentally change the game.” The publisher showed a trailer for the free expansion during its Sunday-night E3 presser.

The update will introduce human NPCs and another “full quest line” to the game. The game is also getting a 52-player battle-royale mode called Nuclear Winter. “Fallout 76” is free to try June 10 through 17; players who log in during the trial period will get a sneak peek at the new Nuclear Winter mode.

“The battle for the role of Vault 51’s Overseer has begun. In Nuclear Winter, you’ll take part in a 52-player fight to the death. Rank up, unlock new and exclusive Perks, deploy a C.A.M.P., and even launch nukes,” Bethesda said in a blog post. “Vault 51’s ZAX computer has initiated these deadly trials in order to ensure the next Overseer of the Vault is the best of the best. Playing and surviving in Nuclear Winter will be your key to progressing through the Overseer ranks and gaining access to new areas of Vault 51, where you’ll uncover some of the Vault’s mysteries.”

Wastelanders is coming in fall of 2019 for all players.