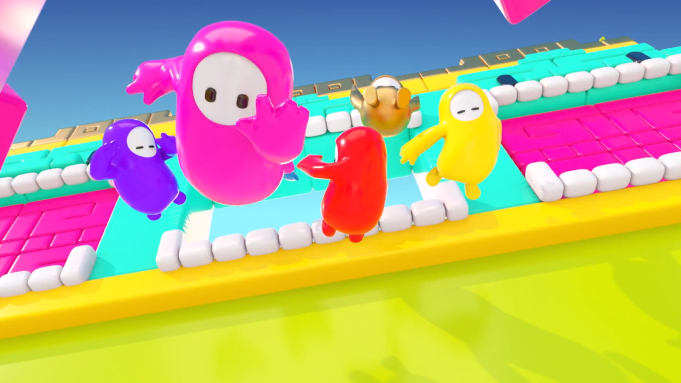 The new game, developed by Media Tonic and published by Devolver Digital, is coming to PlayStation 4 and PC. You can check out the playful trailer for yourself, above.

“‘Fall Guys: Ultimate Knockout’ flings hordes of contestants together online in a mad dash through round after round of escalating chaos until one victor remains,” a description for the game posted to the official YouTube video from Devolver states. “Battle bizarre obstacles, shove through unruly competitors, and overcome the unbending laws of physics to avoid both humiliation and elimination. Leave your dignity at the door and prepare for hilarious failure in your quest for the crown!”

The game looks like a playful version of battle royale, but it’s hard to tell what it will play like without any gameplay footage.

We don’t have an exact release date just yet, but “Fall Guys: Ultimate Knockout” will release sometime in 2020 for PC and PS4.

Another game announced at Devolver’s conference was “Carrion,” which has, well, a very different vibe than “Fall Guys.”