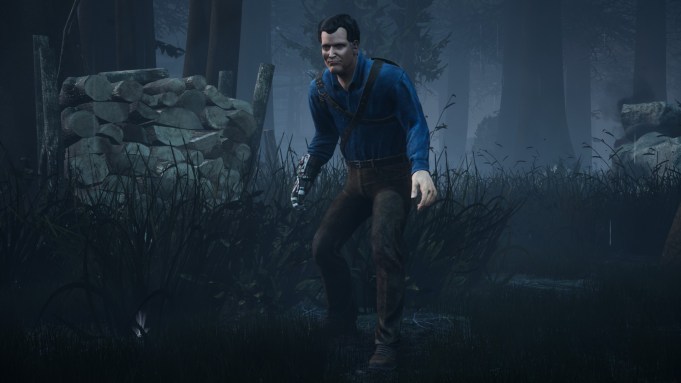 Williams, who will be voiced by Bruce Campbell, will arrive as a new survivor in the game on April 2. The developers describe the in-game character as the “blowhard heroic monster fighter” and say he will be available as downloadable content that will include the character and perks on Windows PC through Steam, PlayStation 4, and Xbox One.

The game, complete with Ash, will be playable at PAX East Thursday through Sunday at the “Dead By Daylight” booth.

The developer also announced that it is teaming up with Amazon to bring the company’s GameOn Tournament Organizer service to the game.

The Twitch extension allows streamers to invite their community to join them in impromptu casual competitions accessed from within the game. The GameOn integration is currently in beta with 50 of the game’s more actively engaged streamers.

The game’s killers are a mix of original monsters and maniacs drawn from common mythology and urban legend, and some pulled from popular culture and movies including “Halloween,” “The Texas Chainsaw Massacre,” “A Nightmare on Elm Street,” and “Saw.”