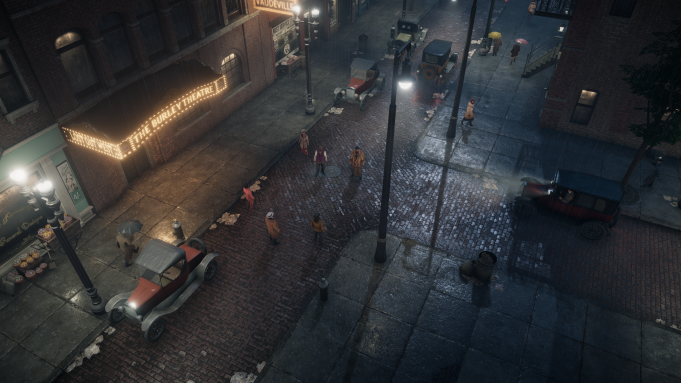 “Empire of Sin” is a newly announced game that’s set in 1920s Chicago, initially revealed during the Nintendo Direct presentation on Monday.

The upcoming game from Romero and Paradox got a reveal trailer with an aptly chosen song to match the mood– you can watch for yourself, above.

“‘Empire of Sin’ puts you at the heart of the ruthless criminal underworld of 1920s Prohibition-era Chicago,” a press release states. “It’s up to you to hustle, charm and intimidate your way to the top of the pile and do whatever it takes to stay there. This character-driven noir-inspired game immerses players in the glitz and glamor of the roaring ’20s, all while they must work behind the scenes in the gritty underbelly of organized crime. ”

Organized crime is a busy business, as “Empire of Sin” will task players with building an empire of seedy businesses like speakeasies or casinos, and eventually taking over the territory held by your rivals.

“Empire of Sin” is planned for a tentative spring 2020 release. Hopefully, we’ll have a solid release date soon. In addition to Nintendo Switch, “Empire of Sin” is coming to PlayStation 4, Xbox One, PC, and Mac.