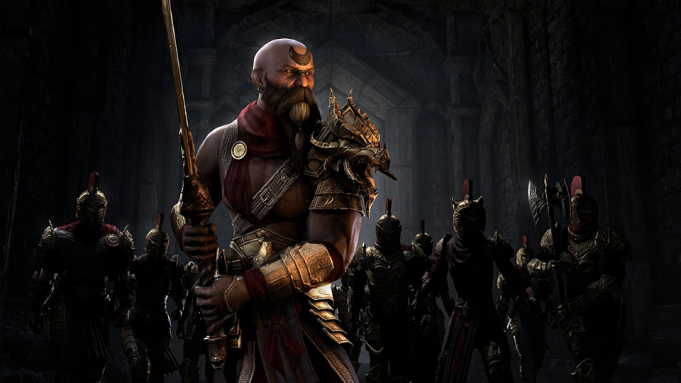 “The Elder Scrolls Online’s” next major expansion is Dragonhold. It’ll conclude the story begun in the MMO’s most recent chapter-sized update, Elsweyr. Bethesda teased the new content at E3 with a cinematic trailer.

Dragonhold will launch in November; a smaller, dungeon-focused DLC pack, Scalebreaker, will be available in August.

Scalebreaker “brings two new dungeons for you and your team to conquer: Moongrave Fane and Lair of Maarselok,” Bethesda said in a blog post. “Both of these challenging new dungeons are part of the Season of the Dragon storyline, pitting you and your team against Dragons like the ones you faced in Elsweyr. However, not all want to destroy the legendary beasts, and the Halls of Colossus was not the only place that held Dragons.”

Dragonhold, meanwhile, “brings a whole new zone to explore in Southern Elsweyr called Pellitine, a lawless wasteland impacted by a deadly plague almost 20 years ago. There, you must gather allies (including fan favorite Sai Sahan), reform the ancient Dragonguard order, develop powerful new tools and weapons, and put an end to the dragon menace before it threatens to engulf all of Tamriel.”