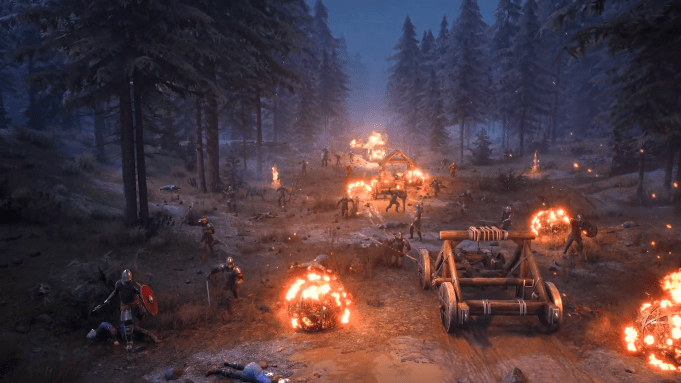 “‘Chivalry 2’ is a multiplayer first-person slasher inspired by epic medieval movie battles. Players are thrust into the action of every iconic moment of the era — from the thunder of cavalry charges, to storms of flaming arrows, sprawling castle sieges, and more,” the game’s official website says. “A revamped, faster and more fluid combat system offers an expanded range of creative choices, allowing players to perfect their playstyle. Immersive sound and effects ensure every blow lands with the sickening thud of steel sinking into bone.”

The “Chivalry” sequel will support 64-player matches. It’s launching on the Epic Games Store in 2020.