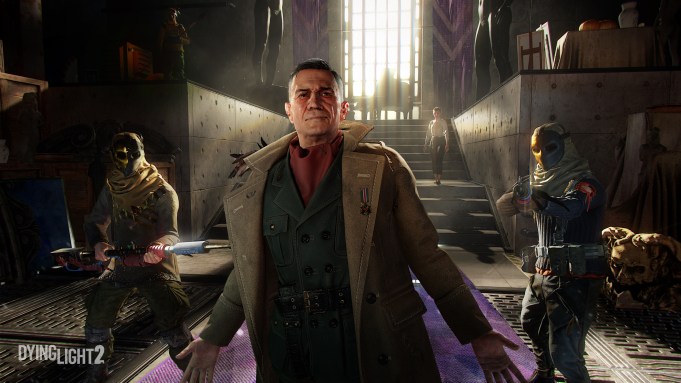 Techland
A new “Dying Light 2” trailer gives us a look at the post-apocalyptic environment and protagonist Aiden Caldwell, as shown at the Xbox E3 Briefing on Sunday.
Techland’s new game takes place 15 years after the events of the first game, and shows the state of the world through the eyes of Aiden, which you can see in the trailer (above).
Aiden is an infected survivor who can use his combat ability and sweet parkour moves to get through The City, which is overrun by warring factions. During the day, bandits and other humans trying to survive are the threat. At night, it’s the infected, zombie-like creatures, that Aiden will need to avoid.
“Dying Light 2” will be powered by the C-Engine, which is new tech from developer Techland, according to a press release.
The soundtrack of “Dying Light 2” will be composed by Olivier Deriviere, according to a press release. Deriviere is the composer behind “A Plague Tale: Innocence” and “Remember Me,” among others games.
Publisher Square Enix has set the release of “Dying Light 2” for sometime in spring 2020 for Xbox One, PlayStation 4, and PC.
You can find all of E3 2019’s exciting game reveals, previews, interviews, and more right here at Variety.