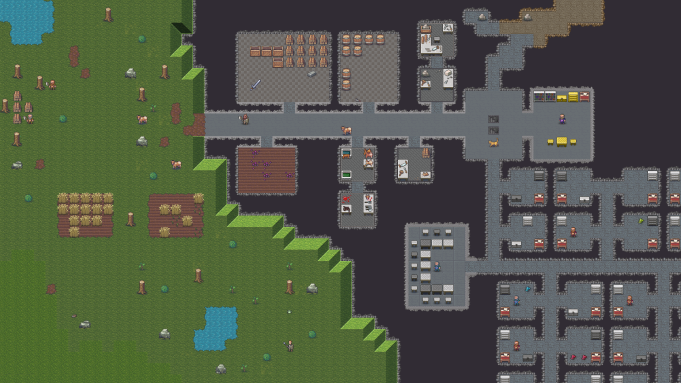 This premium version features new graphics, new music, and auto-updates. The all-new custom tileset is being created by Michał “Mayday” Madej and Patrick Martin “Meph” Schroeder, who’ve built tile set mod packs for the game in the past. Meanwhile, musician Dabu is composing new tracks that will match the game’s seasons. The Steam version also has Steam Workshop integration, making it easier for modders to share their creations with the community.

Created and launched by Tarn and Zach Adams in 2006, “Dwarf Fortress” is an intricate construction and management sim with roguelike elements where players control a group of dwarves and attempt to build a civilization. It gained a following thanks, largely, to its emergent gameplay and retro ASCII look. It’s reportedly one of the influences for Mojang’s hugely popular “Minecraft,” and it was one of the titles chosen by the Museum of Modern Art for a video game exhibit in 2012.

“Dwarf Fortress” has been available for free on bay12games.com these last 12 years, and that won’t change now that there’s a premium version. It will still get updates, but it won’t get the new graphics, music, or Steam features.

The Adams say one of the reasons why they’re making “Dwarf Fortress” a paid game is the increasing healthcare costs in America. “We don’t talk about this much, but for many years Zach has been on expensive medication, which has fortunately been covered by his healthcare,” they said in a post on their Patreon. “It’s a source of constant concern, as the plan has changed a few times and as the political environment has shifted. We have other family health risks, and as we get older, the precariousness of our situation increases; after Zach’s latest cancer scare, we determined that with my healthcare plan’s copay, etc., I’d be wiped out if I had to undergo the same procedures. That said, crowdfunding is by far our main source of income and the reason we’re still here. Your support is still crucial, as the Steam release may or may not bring us the added stability we’re seeking now and it’s some months away.”

Right now, the pair is working on the major villains update for what they’re calling “Dwarf Fortress Classic.” Once it’s stable, they say they’ll move on to graphics-related support for the Steam/Itch.io version.