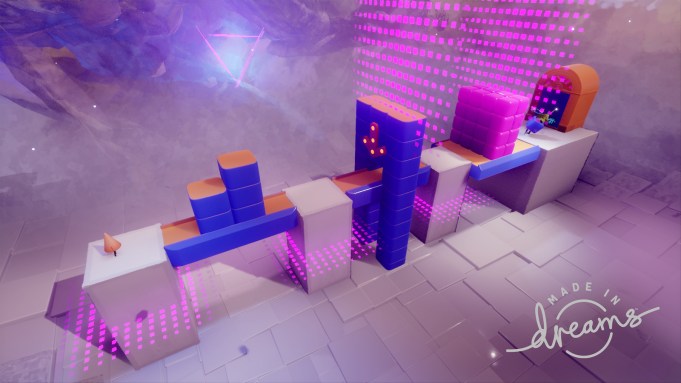 “Dreams” early access will about cost $30 in the U.S. and about $40 in Canada when it goes live in those two countries. No word on when or if it would be released to other regions. Purchasing early access will also grant the player the full game when it’s released.

“We’ve been working on ‘Dreams’ for a long time now and the core of ‘Dreams’ — the creation bit — is ready,” wrote Siobhan Reddy, studio director at Media Molecule, in a blog post on Thursday. “There is so much we want to do with and add to ‘Dreams ‘— but to start, we want players to be able to see their creations on their own TV screen and be able to have all the tools they need to make games or stories or art or music accessible from their couch.”

Early access will provide players early entry into the game, but it won’t feature everything that the full game will have — such as the game’s story mode. It will include the game’s full toolset for creating, interactive tutorials and arcade games, templates and additional content created by Media Molecule and access to what players make during our Dreams Creator Beta.

Creations made in the early access, which the studio also refers to as a beta, will carry over to the full game’s launch. Unfortunately, the beta won’t include virtual reality support, but VR is still planned for the game, according to Media Molecule.

While there is a limit to how many people will get into early access, Media Molecule said that it’s a “big limit.”