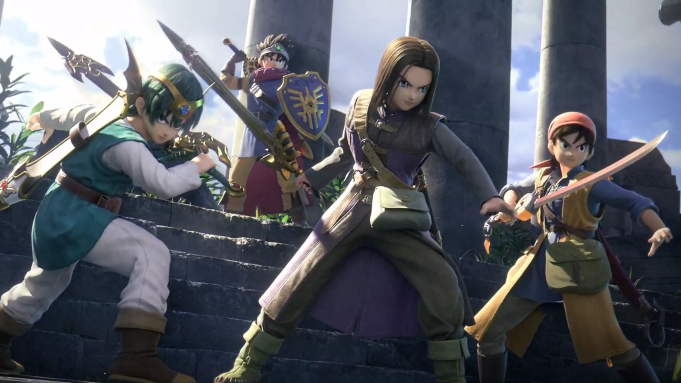 “Hero represents the main character from several games in the ‘Dragon Quest’ series,” the publisher explained in a press release. “He can take the form of the protagonist from ‘Dragon Quest XI: Echoes of an Elusive Age,’ ‘Dragon Quest III: The Seeds of Salvation,’ ‘Dragon Quest IV: Chapters of the Chosen’ and ‘Dragon Quest VIII: Journey of the Cursed King.'”

“Embark on a grand and epic quest as the Luminary — the hero chosen by Yggdrasil, the world tree, to save the world of Erdrea from an evil fate,” Nintendo said. “The Nintendo Switch version boasts all the sprawling content of the original game along with newly added character-specific stories, fully orchestrated field and battle music, additional monsters to ride, side-quests to journey into past ‘Dragon Quest’ worlds, and the ability to change between HD and retro-inspired 16-bit visuals. Additional enhancements include the ability to speed up battle sequences and the choice of a Japanese or English voice track.”