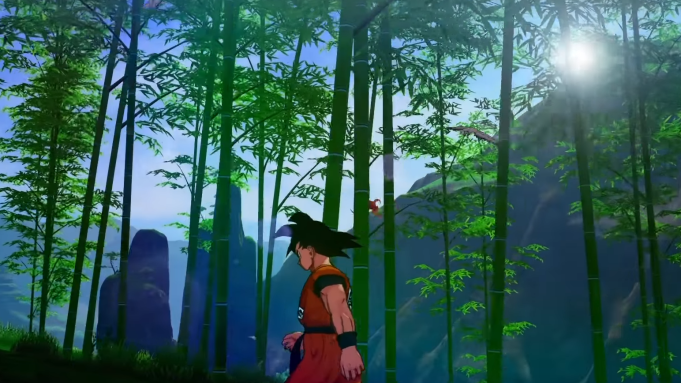 Classic characters are returning in an all new action RPG, the working title of which is “Dragon Ball Game – Project Z,” announced by Bandai Namco on Sunday via trailer.

Goku, Gohan, Piccolo, Vegeta, and more are in the upcoming game which will tell the story of the Dragon Balls. For those who grew up watching “Dragon Ball Z,” the 90s television show, the story of the magical Dragon Balls and those that seek them out is a familiar one, but this new game seems to offer players a chance to play through the story. Shots of Goku (aka Kakarot) walking past the Capsule Corporation headquarters, the Kame house, and a forest scene suggest that he will be the protagonist for at least the majority of the game.

It seems that rather than being primarily a fighting game, this upcoming title will have more of an RPG feel, similar perhaps to the “Dragon Ball Z: The Legacy of Goku” series released for the Game Boy Advance? The game is in development at Tokyo-based CyberConnect2, which is perhaps best known for its work on “Naruto” fighting titles published by Bandai Namco.

Of course, it wouldn’t be a “Dragon Ball” game without the fighting, and there are plenty of brightly animated sequences of classic fights against foes like Frieza in this reveal trailer.

The trailer offered throwbacks to fighting games “Dragon Ball Xenoverse 2,” released in 2016 and the more recent “Dragonball Fighter Z” in 2018 before showing the newest project set in the “Dragon Ball” universe. Stylistically and in gameplay, though, this project looks to be something quite different.

“Dragon Ball Game – Project Z,” which is not the final title, is coming sometime in 2019 to PlayStation 4, Xbox One, and PC.