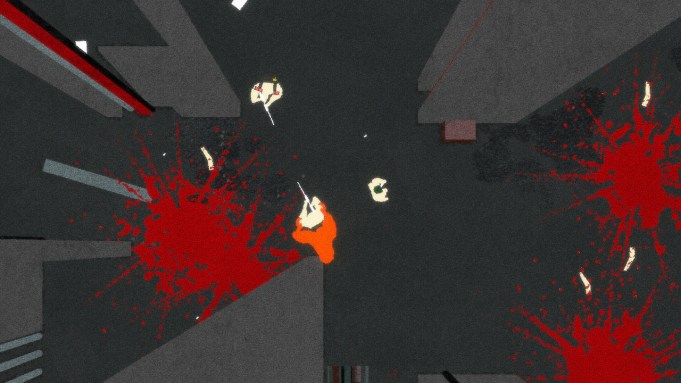 “Ape Out” is a colorful top-down, 2D action game for PC and Nintendo Switch that combines the brutal roguelike action of “Hotline Miami” with jazzy music and primates. But, if that description has you interested, you’re going to have to wait a bit longer to play it. Its launch date has been pushed back to Feb. 28.

“‘Ape Out’ breaks loose on Nintendo Switch and PC Feb. 28 — a small shove back to ensure the bodies explode at 60fps!” publisher Devolver Digital tweeted on Friday.

Ape Out breaks loose on Nintendo Switch and PC February 28 – a small shove back to ensure the bodies explode at 60fps!

Developed by Gabe Cuzzillo, “Ape Out” puts players in the role of a primate trying to escape its captors in bloody fashion through various procedurally-generated levels.

“Overcome all manner of human opposition, nefarious traps, and breakable obstacles to find each exit and escape captivity,” its official Switch description states. “Unleash your primal instincts and incredible strength to overpower your captors. Hold them steady to create a human shield, smash their feeble bodies into walls, or throw one into another in a violent explosion of humanity.”

The game also features a dynamic soundtrack filled with drums and cymbals that adjust to the player’s actions.

At least one fan took the news of “Ape Out’s” delay in stride and posted a graphic of the new release date on Twitter that throws some side shade at Electronic Arts. The publisher tweeted a detailed spreadsheet of various editions and launch dates for its upcoming action-RPG “Anthem” on Thursday that drew some criticism on social media.

i made something to help everyone understand the different ways they can play APE OUT @devolverdigital pic.twitter.com/femTM6Xfws