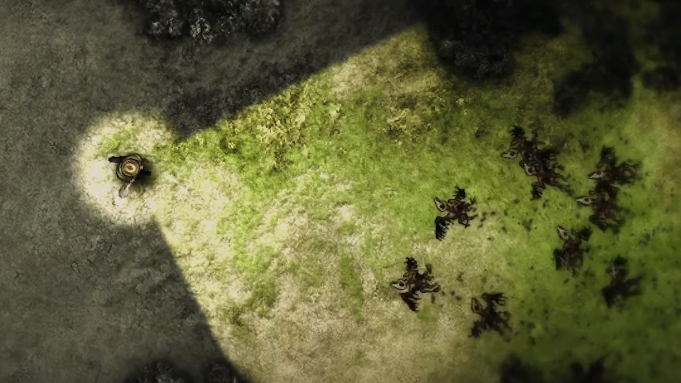 It was announced in March that the 2017 game is getting a Nintendo Switch port this month, and now another platform will get a port of the survival game. Players don’t have too long to wait, as the PS4 version is coming out on May 14, as seen in the announce trailer above.

This top-down view game offers an open-world survival horror experience without resorting to cheap gimmicks, like jump scares— which the creators say is partly because they’re not a fan of those types of thrills in games and film.

“‘Darkwood’ did not start off as a horror game,” Gustaw Stachaszewski, co-founder of Acid Wizard wrote in the blog post. “As a matter of fact, we were always too afraid to play most horror titles or watch horror movies and very much disliked the horror genre trends from several years ago, which revolved around cheap jump scares.”

The development of “Darkwood” took five years, and was originally meant to be a tower defense game. The developers ended up taking elements from various games that they enjoyed, and over time “Darkwood” became something quite different from what they originally had planned, bringing in roguelike elements as well as features like scavenging, crafting, and extensive NPC interactions.

The setting of the game was made by drawing experiences from co-founder Jacob Kuc’s time living in the Polish countryside. The game was also inspired by films directed by Kubrick and Tarkovsky, as well as games like “Fallout” and “Dark Souls.”