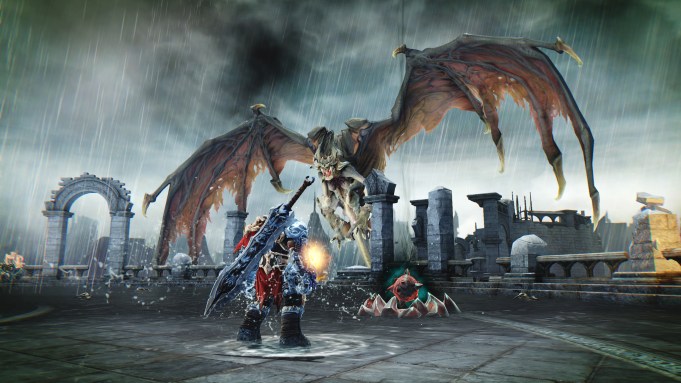 The Apocalypse is coming to Nintendo Switch on Apr. 2 in the form of “Darksiders Warmastered,” publisher THQ Nordic announced on Thursday.

“Darksiders” first released on PC, PlayStation 3, and Xbox 360 in 2010. The hack-n-slash action title stars War, the first Horseman of the Apocalypse, who is deceived by the forces of evil into prematurely bringing about the end times. Wielding an arsenal of angelic, demonic, and earthly weapons, he embarks on an epic quest across wastelands and through demonic-infested dungeons to clear his name after he’s accused of starting a war between Heaven and Hell.

The game was well-received by critics and fans when it first launched, and it’s spawned two sequels since then. “Darksiders II” came out in 2012 and features Death as its main protagonist. The third installment released in November 2018 and tells the story of Fury, who’s on a quest to destroy personifications of the seven deadly sins.

“Darksiders Warmastered” came out in 2016 and gave the aging title a graphical facelift. Not only did it reportedly run at a higher framerate and resolution compared to its predecessor, it featured improved rendering, shadows, post-processing, and textures as well.

THQ Nordic let news of the Nintendo Switch port accidentally slip on Wednesday, according to Eurogamer. It briefly posted an announcement trailer on its website. Then, once people discovered the video and spread it on social media, THQ Nordic removed it and replaced it with a GIF.

So @THQNordic deleted the Darksiders trailer and put up this GIF: https://t.co/v11C5oK4np 🤫 pic.twitter.com/Z6m3jhFPXD

“Darksiders Warmastered” for Nintendo Switch will cost $30 both digitally and in retail stores.