Red Hook Studios Is Working on a ‘Darkest Dungeon’ Sequel 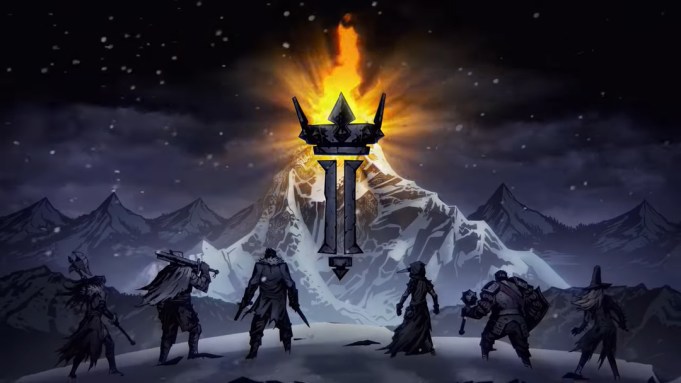 “In the howling darkness of the end, men will become monsters,” the reveal trailer states. “But hope will ride with those courageous enough to carry the flame.” The video shows a snowy, mountainous landscape and six characters from the first game — the Leper, the Hellion, the Highwayman, the Plague Doctor, the Man-at-Arms, and the Grave Robber.

“Darkest Dungeon” first came out on PC in 2016 and was later ported to consoles and mobile. It tasks the player with assembling a roster of heroes to explore the dungeons below a gothic estate. Said dungeons are full of Lovecraftian terrors, booby traps, and more, and the stress of adventuring inflicts various ailments on the heroes as they explore their procedurally generated surroundings. Combat is turn-based, and if heroes fall in battle they’re gone for good.

The game received generally positive reviews from critics and was nominated for three Independent Games Festival awards in 2016. It’s since sold over two million copies.

“Darkest Dungeon 2” will feature the same turn-based combat system, but in a “tuned-up” form, Red Hook recently told PC Gamer. The developer also plans to alter the sequel’s metagame structure because, as it puts it, “‘Darkest Dungeon 2’ is a game about enduring a gruelling journey, not cleaning up your backyard.”

Although Red Hook won’t divulge details on the sequel’s new setting, it did say players will get a glimpse of the supernatural apocalypse twisting and distorting the game world beyond the estate.

Like the first game, “Darkest Dungeon 2” will initially release in Early Access. There’s no word yet on when that will happen or if the game will come to other platforms after launch.