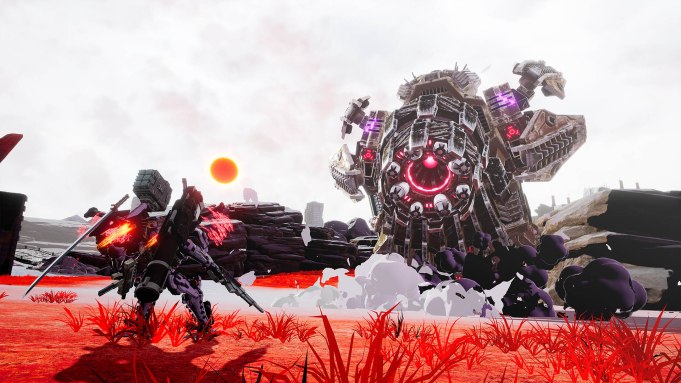 “Daemon X Machine” launches Sept. 13 on the Switch, Marvelous Entertainment announced during a livestream on Tuesday. The project was first unveiled at E3 2018. Its producer is Kenichiro Tsukuda, famous for his work on the “Armored Core” series.

“Defend the planet and defeat corrupted A.I.-controlled robots using your Arsenal, a fully customizable mechanized battle suit,” Nintendo writes in a press release. “Choose and equip your Arsenal with a multitude of weapons, obtain more from downed enemy Arsenals, and swap them on the fly to suit your strategy in the face of ever-changing threats that may bring the end of the world.”