‘Conan Unconquered’ Delivers Conan the Barbarian to ‘They Are Billions’ Play 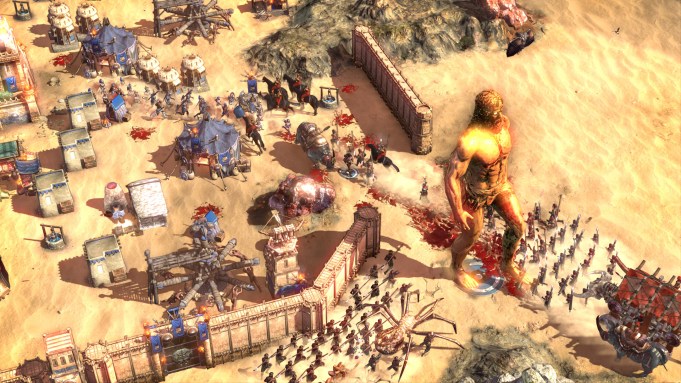 In “Conan Unconquered,” which is set for a second-quarter release on PC this year, players will build up a Hyborian stronghold, assemble an army and fight to survive against hordes of attackers. While the game can be played solo, it also includes full two-player co-op where players share a base while both construct new buildings and amass an army to reach their common goal. While gameplay is real-time, it also features the ability to pause play so you can issue commands and start construction of new buildings.

Enemies include everything from foot soldiers and siege weapons to giant snakes, scorpions, necromancers, and flying demons.

The game also has the ability to unlock heroes, including Conan, which each have special abilities and artifacts. Another interesting facet of the game is that players will have to worry about disease. As your soldiers and those of your enemy die on the battlefield, their bodies will be left to rot and spread disease that can quickly turn the tide of war.

We’ll hear more about the game at GDC later this month.