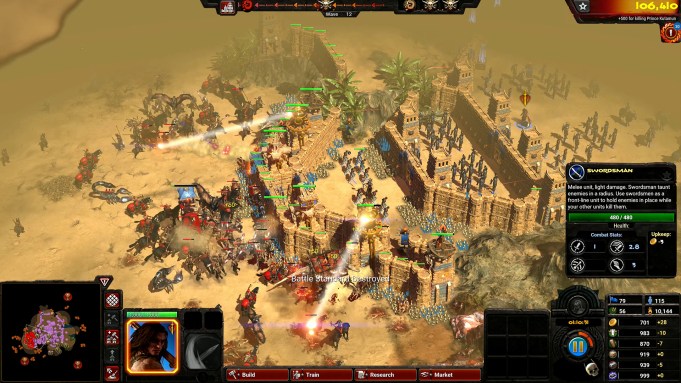 “Conan Unconquered” is the first strategy game set within the world of “Conan the Barbarian” and features a full-featured co-op mode where players can work together to build up their own bases and push back invading forces. The latest clip from the game allows players to see this kind of play in action as Petroglyph designer Renato Orellana and Funcom community manager Jens Erik Vaaler work together to defeat their enemies.

Co-op mode is optional, as there’s a complete single-player campaign as well, where players will face multiple waves of enemies in growing numbers and difficulty. Core gameplay surrounds building strongholds that oncoming waves of enemies can’t take down as well as employing other defensive measures. While the game plays out in real-time, it can be paused for players to issue commands and begin constructing new buildings that the horde of spearmen, scorpions, necromancers, and other brutal enemies have to wait before they can continue their siege.

Funcom promises “bloody battles” that will find players dealing with having their strongholds ravaged and “piles of corpses spreading death and disease.”

“Conan Unconquered” is available for pre-order now on PC with an impending release date of May 30.