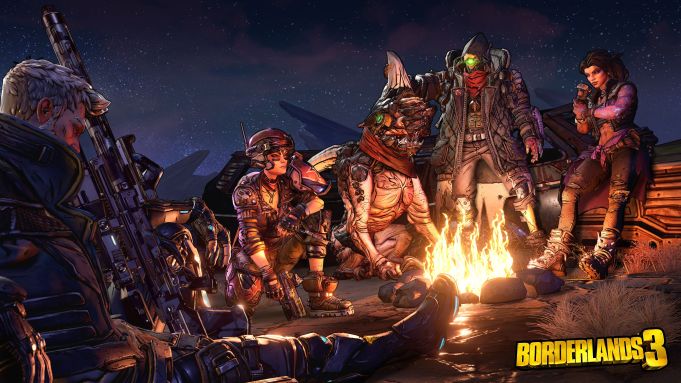 “Borderlands” 3 developer Gearbox Software and publisher 2K are teaming up with Twitch to launch an official extension that gives viewers the opportunity to score in-game loot by interacting with streamers, they announced on Monday.

The Borderlands 3 ECHOcast Twitch Extension launches on Wednesday, May 1 alongside the game’s first worldwide gameplay reveal. Content creators will play and livestream the anticipated action-RPG for the first time starting at 10 a.m. Pacific.

Meanwhile, viewers who link a SHiFT account to their Twitch account can interact with the streamers in a few ways. They can poke around the streamer’s backpack and check out their loadout and skill trees. They also have a chance to snag some of the same loot a streamer finds in-game via rare chests. Once one of these chests are opened, viewers have only 30 seconds to opt into the event. If they’re lucky, they’ll get to pick which piece of loot they want to receive. It will then appear in their mailbox, and scale to their level, after “Borderlands 3” launches on Sept. 13.

“Borderlands 3” was officially announced during this year’s PAX East. It’s coming to PlayStation 4, Xbox One, and PC (exclusively on the Epic Games Store until April 2020). Like previous entries in the series, it features four new Vault Hunters — Moze the Gunner, Amara the Siren, FL4K the Beastmaster, and Zane the Operative — and it takes place in worlds beyond the original Pandora setting. It will also have a season pass that includes four campaign DLC packs featuring new stories, missions, and challenges.