Continue to Variety SKIP AD
You will be redirected back to your article in seconds
Mar 28, 2019 11:59am PT 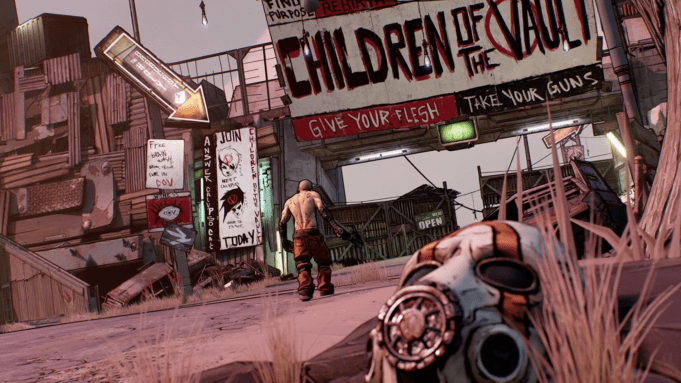 The panel, which was packed with “Borderlands”-related news, most notably showed off the first footage of the highly anticipated sequel to 2012’s “Borderlands 2” which will feature more than a billion guns, some of which can walk.

The developer didn’t mention when the game would be coming out, where it would be sold or to which platforms it would arrive. More details will be released on Borderlands.com on April 3, the company announced.

Prior to officially announcing the game, Gearbox CEO and president Randy Pitchford discussed the teaser trailer and all of the little things hidden in the video including characters from past and the upcoming game and even a tiny morse code message that, when translated, reads “Don’t forget to drink your Ovaltine.”

The “Borderlands” games kicked off in 2009, delivering a seemingly unending supply of unusual guns to the colorful space western backdrop of Pandora.

Collectively, the “Borderlands” games have shipped more than 41 million copies since that first title hit shelves. The game also has a film adaptation in the worlds by Lionsgate.

Earlier this week, Gearbox dropped a teaser trailer that ends with the phrase “Mayhem is coming.” The video was entitled “Mask of Mayhem” and the description included a link to the “Borderlands” website.

During the panel, Gearbox also announced a slew of new titles coming to its third-party portfolio, including “Bulletstorm: Duke of Switch,” “Pathologic 2,” and “Risk of Rain 2.”

Pitchford also showed off new card game in the “Borderlands” universe. “Tiny Tina’s Robot Tea Party” is the first “Borderlands” tea party of its kind, and is available for purchase on the PAX East show floor.