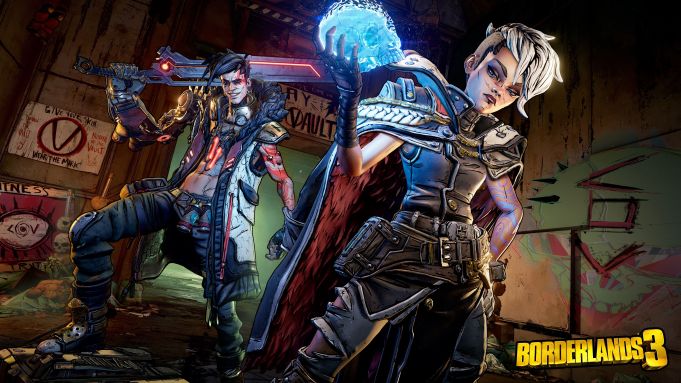 “Borderlands 3” hits the PlayStation 4, Xbox One, and Windows exclusively through the Epic Store on Sept. 13, will feature four characters with unique abilities, and a season pass of four additional campaigns, Gearbox Software and 2K Games announced Wednesday.

“For the past several years, the team at Gearbox Software has been devoting every ounce of our passion, creativity, and love into making ‘Borderlands 3′ the biggest, baddest and most ambitious Borderlands adventure we’ve ever made,” Gearbox Software President and CEO Randy Pitchford said in a prepared statement. “’Borderlands 3’ is being crafted not only as a love letter to fans of the series but also as an ideal entry point for new players to jump-in alone or cooperatively, on or off-line, in the latest and greatest installment of the definitive best-in-class benchmark shooter-looter.”

The game will hit other PC storefronts starting in April 2020.

“The PC gaming community has been an important part of the success of the Borderlands series, and we are excited to be partnering with Epic who recognize its worldwide popularity and share in our commitment to bring ‘Borderlands 3’ to this rapidly expanding audience,” said 2K president David Ismailer. “Our mission, in addition to delivering the most engaging and captivating entertainment experiences, is to embrace new distribution platforms that will contribute to our effort to grow the audience for ‘Borderlands 3.’”

The game has players taking on the fanatical Calypso Twins in a fight to stop them from uniting the bandit clans and “claiming the galaxy’s ultimate power,” according to the press release. Players will also get a chance to discover new worlds beyond Pandora, each featuring unique environments to explore and enemies to destroy.

The game features four new Vault Hunters, according to the press release:
The game will also have a season pass which includes four campaign DLC packs featuring new stories, missions, and challenges.

Gearbox said we will found out more about “Borderland 3’s” story, characters, gear and more during an extended gameplay livestream on May 1.