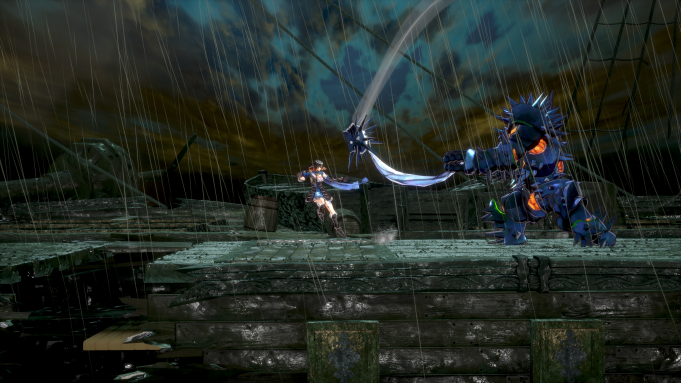 Koji Igarashi’s “Castlevania” spiritual successor “Bloodstained: Ritual of the Night” is debuting this summer on consoles and PC.

The game debuts on June 18 on Xbox One, PlayStation 4, and PC. The Nintendo Switch version is coming a week later on Tuesday, June 25.

“Bloodstained” follows a protagonist named Miriam, an orphan originally taken in and cared for by a guild of alchemists. After subjecting Miriam to experiments over the course of her life she eventually began to crystallize due to the implantation crystalized demonic energy into her body.

After waking up for a ten-year coma, she finds that the process has been slowed somewhat by an alchemist looking to oppose the guild who raised Miriam. To break the curse foisted upon her, Miriam sets off on a quest to face off against those who cursed her with the crystallization process and brought demons into the world.

The game will feature familiar “Metroidvania” mechanics similar to that of later titles in the “Castlevania” series such as “Castlevania: Order of Ecclesia.” Miriam will continue to siphon powers from the crystals in her body as she defeats more enemies. It will play out in a 2.5D manner fusing three-dimensional graphics with a 2D movement system.

Igarashi originally conceived “Bloodstained” following his departure from Konami in 2014, taking to Kickstarter to raise over $5.5 million from eager backers. Until “Shenmue III” debuted on the platform, it was the most funded video game crowdfunding campaign on the project to date.