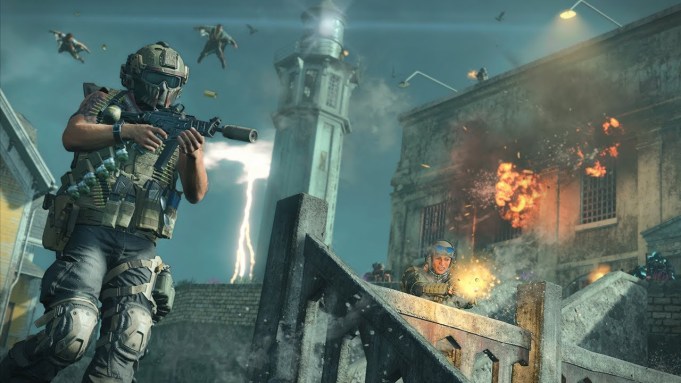 “Call of Duty: Black Ops 4” is getting a new addition to its “Blackout” battle royale mode in the form of the “Alcatraz” map.

The new map is set in a fog-filled island meant to guide players toward the facility at the top of a massive hill, where players can explore Alcatraz itself. There are a “variety of environments” to explore that will require “Call of Duty” fans to think on their feat as they drop into the game, grab all the gear and supplies they can, and fight through a variety of areas fit for close-range combat and long-range firefights.

Players will be able to select “Alcatraz” at the beginning of a “Blackout” map, so it’s not replacing the classic map that “Call of Duty” faithful have been getting to know since the battle royale mode debuted. It’s currently the biggest edition to the game since “Blackout” debuted, but there aren’t many details known about what the map will offer at this point other than what the preview trailer shows off.

“Alcatraz” is set to debut April 2, 2019 on PlayStation 4. There’s no set date just yet for players on Xbox One or PC, but Treyarch and Activision have confirmed it will be touching down on other platforms in the future, much like the game’s previous content drops in the past.