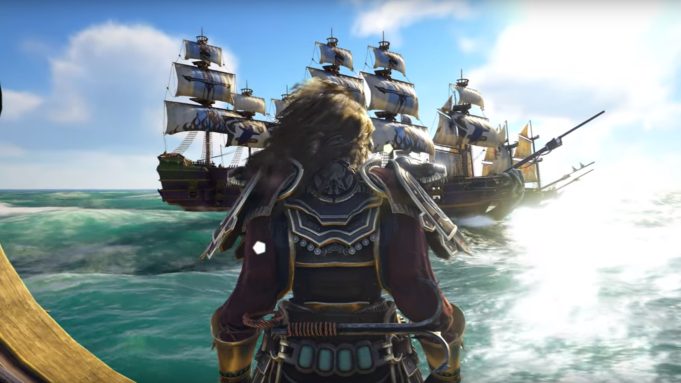 A new update released Thursday for pirate survival MMO “Atlas” is correcting issues found in the past three months and bringing new content for players to enjoy, according to a press release.

Since its release under Steam Early Access in December, the reviews for “Atlas” have been “mostly negative” on the Steam Store, leading to an apology that same month. However, developer Grapeshot Games has been working to fix issues since initial release, including improving core game mechanics, which will arrive in the mega-update 1.5 on Thursday.

Grapeshot Games is a sister studio of Studio Wildcard, the developers behind “Ark: Survival Evolved.”

Improvements to servers and overall “quality of life” updates are included.

In addition to the fixes, new content is coming to the update, including new features, quests, and even a new game mode, which are shown off in a new promotional trailer (above).

First up, there will be way more area to explore in “Atlas”— which means there’s more land to claim, of course. There’s a 40% increase in landmass in the new, cooperative game mode, called “Colonies.” Some of the common complaints about “Atlas” involved inaccessibility to casual players and small groups, and this mode addresses that issue.

“The ‘Atlas’ map is now expanded with 40% more land and exotic regions to explore and claim within the new ‘Colonies’ game mode,” the press release stated. “‘Colonies’ takes place on a fresh network, and is designed with progress-protecting and offline-raiding rules to facilitate a cooperative atmosphere, geared towards smaller and more casual groups.”

The original player versus player mode will now be known as Empires mode.

The update also includes shipwrecks for players to explore, as well as a deep ocean trench environment accessible by submarine vehicle.

Other extras include the ability for players the set up shops as well as a “new secure” player to player trading system.

There are also a few random cosmetic extras in this update, so you can add a peg leg and hook hands and the like to characters, making them extra “pirate-y”. Plus, there’s a guillotine now for taking care of foes, as shown in the trailer.

For the weekend, “Atlas” is available via Steam Early Access for a special promotional price of $14.99, which is 50% off.