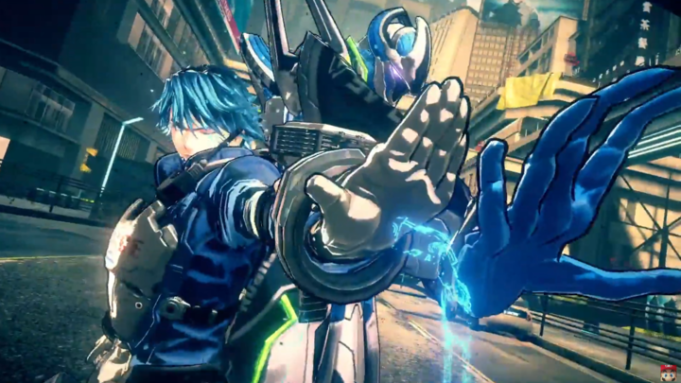 The mech-centric cyberpunk action game is the newest title from the studio, directed by Takahisa Taura, known for his work as “NieR: Automata’s” game designer. The title is being supervised by “Bayonetta” creator Hideki Kamiya as well. Character design was provided by “ZETMAN” and “Video Girl Ai” manga artist Masakazu Katsura, who’s responsible fo the poppy anime aesthetic.

The title follows the special police force named Neuron in the futuristic city known as Ark, where players work in tandem with a living weapon known as the Legion. There are two playable characters to choose from, one male and one female. Whichever character you opt out of choosing will appear in-game as another member of the Neuron police force as your younger twin. Early footage seen during the Direct revealed two police officers engaged in combat at the same time, though it’s unclear how your younger sibling will work with you in the heat of battle.

The game’s anime aesthetic is similar to previous games in Platinum’s portfolio, with some of the in-game models reminiscent of the studio’s work on “Vanquish.” The action is fast-paced and frenetic, with sprawling views of the city and what appear to be robotic companions to potentially recruit.

There aren’t any additional details about the game available right now, but it’s currently slated for an Aug. 30 release exclusively on Nintendo Switch.