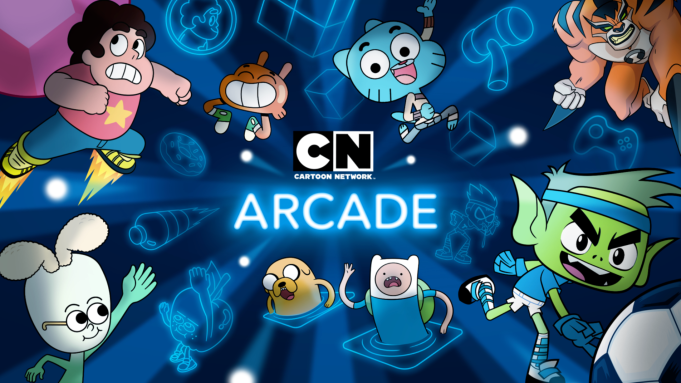 A free Cartoon Network app hitting Android and iOS phones next month includes a collection of quick-hit games and the ability to collect digital cartoon figures by watching the network’s shows.

“The Cartoon Network Arcade” will feature a growing library of single-button mobile games based on the breadth of the network’s shows and more than 60 digital collectible characters when it hits the App Store and Google Play on March 11. The plan is to release regular monthly updates once the app is live.

The app is the latest move by Cartoon Network to try and inject more interactivity into its televised shows and give fans more ways to connect with the shows they love, said Chris Waldron, vice president of digital products and games at Cartoon Network.

“The primary goal is to give our audience new ways to interact with our brand,” Waldron told Variety. “These are shows fans like to play with not just watch.”

The collection of games are most akin to those found on Cartoon Network’s website, simple games that can be played for a few minutes at a time by swiping or taping with one hand. Currently, in closed testing, the app features about a half-dozen games built around properties like “Teen Titans Go!,” “Powerpuff Girls,” and “Steven Universe.”

While the number of games included in the app will continue to grow, and 15 available at launch, the more intriguing element of “The Cartoon Network Arcade” is its ability to reward fans watching the network’s shows with digital collectibles.

Tapping on the “collect” button at the bottom of the app launches a scanning feature that operates a bit like music discovery app Shazam. The app listens to what the user is watching on the television and can detect if a Cartoon Network show is being played, and if so which one it is. It then uses that information to unlock a relevant figure.

A recent evening of “Teen Titan” viewing, for instance, unlocked figures of Raven and Silkie. Currently, the figures are flat images of the characgter standing on a small raised platform. There is no interactivity or even information provided with the figure, but that’s set to change.

“We have the ability to program stunts where you can get specific, limited edition figures from that one show,” Waldron said. “Right now we’re looking at all of the beats with the brand.”

Other ideas for updates to the app include creating stylized versions of the collectible figures keyed to specific artists or art styles.

While there are no plans to go as far as adding a real-world, “Pokemon Go”-style collecting element to the game, Waldron said there are plans to make those figures more interactive down the line.

“We do have a roadmap,” he said. “The priority is, ‘Now that I have these figures what can I do with them? How can I play with them more?”

The company is leaving a lot of their direction a bit up in the air until after the app launches and they see how the audience reacts, he added.

But Cartoon Network does have some precedent for this sort of app and a positive fan reaction to it.

The idea for ‘The Cartoon Network Arcade” came from the show “Mighty Magiswords” and an app they released tied to the cartoon. The app allowed players, like the heroes in the cartoon, to go around collecting fantastic swords.

“That idea of collecting from the air, having that magical moment, where kids watching TV could click a button and the app knows what episode they’re watching and responds to that, that was eye-opening,” Waldron said. “The next step was how do we take that concept and make it bigger, for more than just the one show, for all of the shows on one network?”

It helped that the “Mighty Magiswords” app showed it helped increase viewership time for the show. But Cartoon Network knows it has to be careful about striking a balance between an app that adds to the act of show viewership and one that takes away from that.

“This falls somewhere between companion app and collecting game,” Waldron said. “it stands on its own as a gaming experience, as an experience unto itself. But we’ve learned by doing and watching what others do what that second screen tolerance is. With this app, I can pick up my device scan, collect, and then decide if I want to continue to engage or keep my eyes on the TV. This feels like the right balance for not splitting attention too much for one medium or the other.”