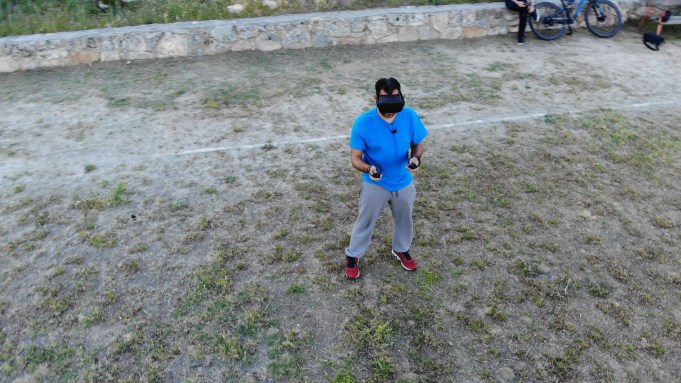 “We have implemented what we call ‘Physically Based Movement’, or ‘PBM’, in the development version of ‘Apex Construct’ as a test to enable this kind of gameplay,” said Fast Travel Games CTO Kristoffer Benjaminsson. “If there is interest, we will be looking to add this feature in the main game as well. When playing at home, as most players of course will, you could mix PBM with regular movement using the thumbsticks, for example.”

“Apex Construct” is a single-player action/adventure game built exclusively for VR. In the game’s shattered future, robots have taken over and the player, as the last human alive, must use their wits and combat skills to survive. As they progress through the story, they learn what happened to the world and discover their role in a conflict between two powerful AIs. The game also includes a competitive mode with global leaderboards called the Cygnia Cup Challenge.

The Oculus Quest version of “Apex Construct” launches on May 21 alongside the headset. It comes with all of the content and improvements already found other versions, Fast Travel Games said. It also supports cross-buy with the Oculus Rift version, so Rift owners can play it on Quest without having to buy another copy.