‘Adventures of Bertram Fiddle’ Episode 2 Now on Xbox One 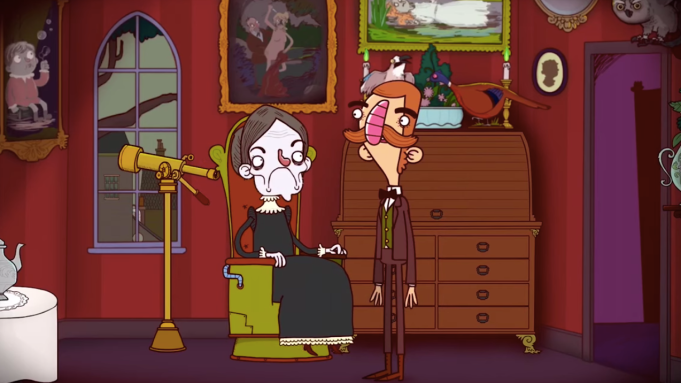 The second episode of “Adventures of Bertram Fiddle” is now available for Xbox One, according to a trailer posted on YouTube via the official Xbox channel on Wednesday.

“Adventures of Bertram Fiddle: Episode 2: A Bleaker Predicklement” is finally available for Xbox players to enjoy– and it’s about time, as the game came to Steam for PC back in 2017 and hit Nintendo Switch in 2018.

Developed by Rumpus Animation and published by Chorus Worldwide Games, “Adventures of Bertram Fiddle” is a humorous point and click adventure game set in Victorian London.

“The year is 1884 and World’s Leading Victorian Explorator, Bertram Fiddle is still struggling to find a suitable adventure,”the game’s description reads. “Bowing to his wife’s demands for a steady income he has been forced to take a job as a telegrammatical salesman in Dulsworth’s Soap Factory. But Mr. Dulsworth isn’t as squeaky clean as everyone thinks and soon Bertram finds himself embroiled in a mystery far bleaker than he could possibubbly imagine.”

Both episodes of “Adventures of Bertram Fiddle” are available for Xbox One via digital download.