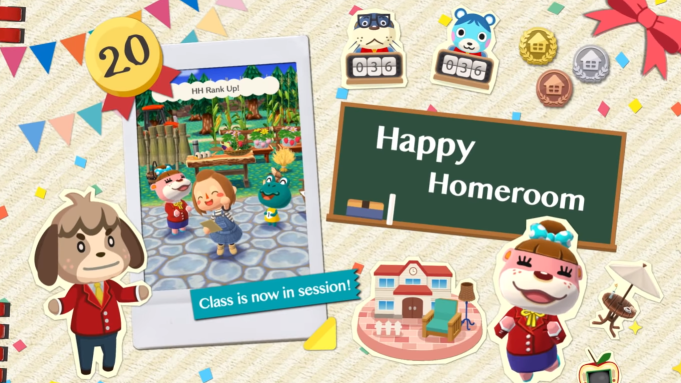 Happy Homeroom has players decorating spaces which will then be judged by Lottie and other characters. Interior spaces that make the cut will increase players’ HH Rank, which means more HH materials to make Golden Series furniture.

Players of “Animal Crossing: Pocket Camp” that have reached a Camp Manager Level of 6 or more can access Happy Homeroom. But, players must also use HH Vouchers, which automatically replenish over time.

Since its release in 2017, “Animal Crossing: Pocket Camp” has added many new features, some of which were highlighted in a new video from Nintendo. Most recently, the mobile game added the Blather’s Treasure Trek mini-game and Pete’s Parcel Service, which allows Pete to complete your animal friends’ requests without having to travel to their spot on the map.

While the game is completely free to play, many features which allow players to earn in-game currency replenish over time, and crafting times for items becomes increasingly long as players level up. As such, the game offers players the chance to purchase more in-game currency using their real world dollars. Even before its one year anniversary, “Animal Crossing: Pocket Camp” had earned more than $25 million in net revenue.