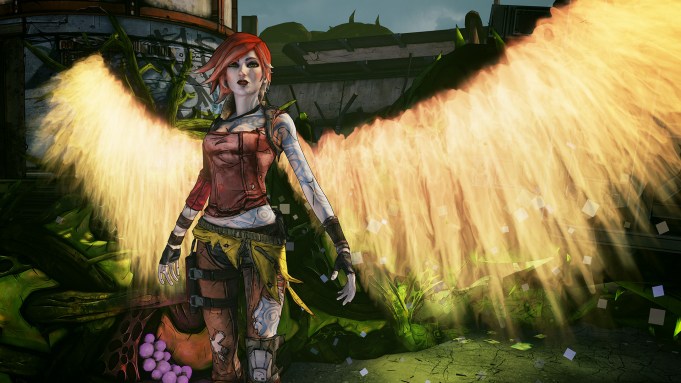 “Commander Lilith & The Fight for Sanctuary’ is the next DLC coming to “Borderlands 2,” it was announced Sunday during the Xbox E3 conference.

“Commander Lilith & The Fight For Sanctuary,” available now, features new heads and skins, an increased level cap, and new effervescent loot tier. The new Gearbox Software release follows Lilith, a former Siren who is now fighting against the crazed Children of the Cult.

First leaked last week when users spotted the “Borderlands 2” DLC on the Steam storefront, no official confirmation of the game had been offered until now. Check out the game in action above.

“Return to the award winning shooter-looter for a new adventure that sets the stage for the upcoming ‘Borderlands 3’,” reads its synopsis. “Sanctuary is under siege, the Vault’s map has been stolen and a toxic gas is poisoning Pandora. Fight new bosses, explore new zones, get new loot (including an entirely new tier beyond Legendary) and join up with Lilith and the Crimson Raiders to take on a deranged villain hell-bent on ruling the planet.”