The Art of the Video Game Trailer 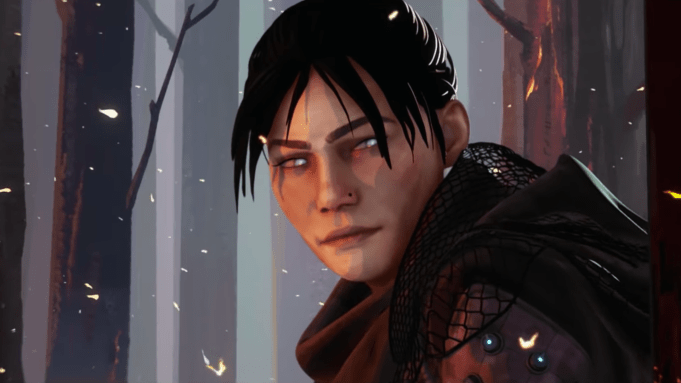 Seen by many, yet rarely remembered, video game trailers are an unheralded intersection between canny craft and glitzy marketing. For all the careful creativity that shines through every frame of their short runtimes, these pieces of vital promotion are typically remarked upon only when they do something “wrong” in the eyes of fickle fans. But for creative directors like The Mill’s Will Adams, it’s a risk these effects and editing wizards have to take when trying to sell the fantasy of the latest and greatest AAA gaming blockbuster from behemoth mega-publishers like EA, like the recent rocket-boot-powered looter-shooter “Anthem.” “More than anything, our job is to do what the client wants, what the brief says,” Adams says. “And usually that’s something like, ‘make it sexy. Make it look fun.’”

Perhaps even more so than film, these days, big-budget video games have a reputation as technical marvels, glittering works of engineering that capture the imagined majesty of lands both alien and mundane, all while running at a solid sixty-plus frames-per-second. But while the finished product often comports with these ever-tightening standards, many developers admit that still-in-development video games have a tendency not to show well at conventions and trade shows, unless the creators pull extra innings (often with no overtime) to hone a certain micro-portion of the game to a fine edge. There’s even a special term for this much-derided practice in the industry: crafting a “vertical slice,” which usually saps time and effort from making the meat of the actual game itself.

As a consequence of these limitations, the importance of trailers as a driver of interest and “hype” has only grown in recent years, which means that directors like Adams have to be careful to represent these titanic brands in a way that reflects the reality of the finished product. “It’s definitely something we think about all the time,” Adams says. He repeatedly references the so-called “downgrade” controversy – where a gaggle of obsessive enthusiasts loudly and repeatedly criticized developers for delivering a finished product that they deemed less visually-impressive than promotional material – that dogged high-profile games like “The Witcher 3: Wild Hunt” and “Watch Dogs” earlier this decade. (Last year’s beloved “Spider-Man” became the most-galling victim of this phenomenon yet when fans accused creator Insomniac of shrinking the size of puddles in the game.)

While industry observers usually dismiss these claims as meaningless distractions fuelled by common misconceptions about the way games are made, for trailer-makers like Adams, they’re a serious concern. “When you sit down to represent a product that’s still being made, you have to be sure that you keep in line with the reality of what the finished game is going to be,” he says. “Most people don’t care if an explosion in the trailer looks a little bit better than it does in the final product, but if you show them doing something that’s just completely impossible in the final game, yeah, it’s a real problem. Everybody remembers the trailer for the first ‘Dead Island’ game, it’s one of the most highly-regarded ones ever, I think, and one of my favorites ever, but it sort of overshadowed the final game, which ended up being mediocre. You never really want to do that. You want to be memorable, but not more memorable than the game itself.” To this end, companies like EA often ask these studios to create these cinematic trailers using only in-engine assets that they provide, which not only keeps the fidelity honest but also saves time that The Mill would otherwise use to mold those assets themselves.

To prevent crossed-wires, the studios that make these trailers take great pains to run almost every aspect of production by the clients. For large companies like EA, this usually means working with in-house PR, though other firms like Ubisoft might employ a more traditional PR agency as a point of contact. It’s easy to forget as a casual consumer, but for these professionals, the trailer they produce is inseparable from the context and setting of where it’s meant to be watched, and they tailor almost every aspect of it accordingly. “A trailer at a press conference is going to be very different than a trailer that plays in Times Square,” says Adams.

As Adams elaborates, the typical workflow proceeds as follows: clients usually provide a brief that gives a general overview of their goals or objectives for a particular piece of promotional material. For a splashy reveal cinematic like the one that accompanied the surprise release of Apex Legends, the hit battle royale game now taking the world by storm – which Adams didn’t personally work on, but has inside knowledge of – the brief would have likely included specific beats and a script, which The Mill then turns into a treatment that shows what the final product might look like when they bring it to life.

“The process can vary according to the client,” Adams says. “Some include a script, some might just give you an outline of what they want to highlight – a specific character, a specific weapon, the feel of something. You might even get boards showing you exactly what sort of visual style they want. It really is up to them to provide as much as they want, and for us to make it happen … In the case of a game like ‘Apex,’ where literally nobody knows who these characters are, and it’s up to us to show their personalities through a little bit of banter, the kind of thing that gamers say to their friends when they’re fighting over loot. ‘That was my kill,’ that sort of thing. We also wanted to show off the character abilities, like when Pathfinder grapples a guy and kills him. We always want to showcase the features of the game that make it interesting. That’s a striking detail. We’re trying to convey the gameplay in a very seamless way.”

Adams emphasizes that these projects can come with very short timelines attached, which sometimes means that the studio has to improvise to accommodate a client’s schedule. For example, as part of a stage presentation for BioWare’s recent live-shooter “Anthem,” The Mill had previously created a short augmented-reality experience that highlighted the Titan, one of the game’s premier foes. When tasked with creating a short trailer to augment the game’s full-court press ahead of launch, Adams and co. sketched in environmental detail, reconfigured the camerawork, and managed to create a totally new piece of promotional content. “A lot of that is due to the in-engine assets, which lets us quickly iterate. We were told to highlight the valiant Colossus mech rather than focusing on how scary the Titan is, so I was able to shift the camerawork myself and make it more dramatic. From a directing standpoint, being able to look at what’s happening live in-engine is a huge asset, compared to looking at a grayscale render that you’d get with the traditional VFX pipeline.”

The traditional reveal trailer bursting with high-intensity action and swooping camerawork might be de rigueur for the world of video games, but such promotions also come in more subtle forms, including those many don’t even consider to be advertising. For example, consider the exquisitely-crafted opening sequences to cinematic games, perhaps best embodied by the grotesque branching of the fatal virus in the “The Last of Us,” or the monochrome pirouetting of the ever-so-stylish cast of “Persona 5.” While you’ve probably already plunked down your money by the time you consume these snippets – an assumption that becomes less and less reliable by the day, given the increased prominence of streaming in the lives of gamers everywhere – according to Duncan Elms, design director at studio Elastic.tv, these title sequences can serve a purpose that’s somewhat akin to a standard trailer.

“When you watch one of our sequences, one of our main goals is to get you in the mood to play the game or watch the show. You’ve already bought the game, but we’re trying to give you an artistic interpretation of the game’s themes to reflect the mood of the game, to get you, the gamer, excited to dive in. I really admire the title sequence of ‘The Last of Us’ in particular for this, because it combines storytelling and visual elements to communicate the tone of the game, and it comes after the opening, which is a real gut-punch.”

Like it or not, we live in a world where all forms of media are encroaching on each other at all times, where games and TV shows are competing more for your spare hours than for your money. To Elms, this reality means that the creatives have to take care to grab the audience’s attention whenever they can. But while it sounds like a straightforward enough mission, it can be tough to execute when so many viewers think of these mood-setters as disposable. After spending hours and hours on the title sequence to an unreleased high-profile game, Elms happened to spend an evening at his sister’s house.

“I think they were watching ‘True Detective: Season 2.’ And she said to her husband, ‘can we just skip the music part?’ And I just couldn’t help but think, ‘this is a good snapshot of what people think of my work.’ They don’t even call it a title sequence. Like with a trailer, a lot of people skip it. But I think a lot of people have come to respect the art and the craft of the title sequence, thanks to people like Saul Bass. So, overall, it’s not so bad. In the motion design industry, it’s what people want to do. It’s considered the purest form of the art.”