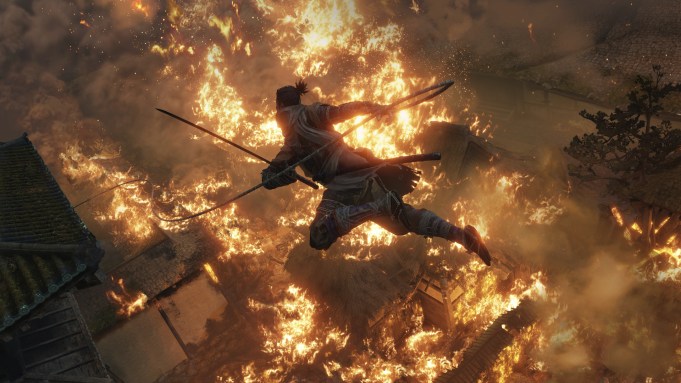 Death in “Sekiro: Shadows Die Twice” seems at times more natural a state than living. Learning the timing of parry and attack, the rhythm of battle, how to beat down an enemy’s posture to the point of death blow takes time, time and deaths, many deaths.

At first those deaths seem little more than inconvenience, a bit of wasted time, the need to start over, but as your bodies pile so does the corrosive nature of your death.

While developer From Software threads familiar elements plucked from its Dark Souls games in “Sekiro” — specifically the dark authentic world building and hard, but rewarding gameplay — the end result feels like a more refined, experience.

During my hour or so with the game, I discovered a title that still asked much of its players, but shed much of the artificial clutter of previous titles. Gone is any element of multiplayer. Gone are the wide arsenal of weapons — though there is an interesting selection of prosthetics to use. Gone is the perhaps overly circumspect storyline.

“Sekiro” seems like a From Software game honed to a razer’s edge.

Above you’ll find a short sampling of the many deaths found in “Sekiro” as I worked my way through two sections of the game, often finding stealth a better solution to advancing through the game than the challenging swordplay.