‘Sea of Thieves’ Comes Into Its Own With Tall Tales, Arena 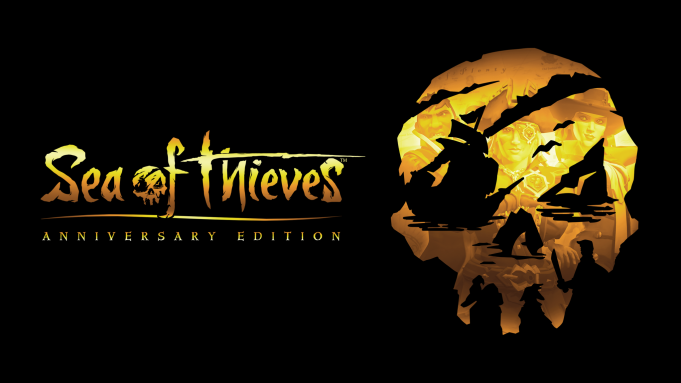 When “Sea of Thieves” launched in March, 2017 it was received as a rather empty, mediocre game. Players and reviewers seemed to like the essence of the massively multiplayer pirate game but were unhappy with the dearth of content.

Developers Rare spent the next year working to fill up the game with the sorts of experiences that so many expected at launch and now, just past the one year anniversary, the studio feels it’s arrived and is rolling out year two plans for the game.

Speaking to Variety earlier this month, Craig Duncan, studio head at Rare, said it’s a hard to say whether the team felt like it should have waited to launch or if it initially delivered on the game’s potential.

“I think what we delivered at launch was genuinely different than anything that was out there,” he said. “What we have done since then is grown it and evolved it and tweaked it and honed it.

Is ‘Sea of Thieves’ a more fulfilling and intense and well-balanced game with more things to engage in now? Of course it is.”

The plan all along was to build an interactive, immersive world in which to tell stories, Duncan said, and on that point, the studio has succeded.

“When we set out to make ‘Sea of Thieves’ we didn’t think ‘Pirate games are popular, lets make a pirate game.’ We wanted to make a fantastic shared world where players could create their own stories and then thought about what the right game for that is,” he said.

In its first year, players have sailed a combined 1.8 billion kilometers, earned 642 billion gold, and visited 844 million islands. And Duncan said year two will give players much more to experience on the high seas.

“This will be the biggest update we’ve ever done with ‘Sea of Thieves,” he said. “It will have the most changes and biggest game-changing elements. We feel really good with what ‘Sea of Thieves’ is: an emerging game where players can have fantastic experiences every time.”

On April 30, Rare will roll out the “Sea of Thieves” anniversary update which will deliver a dedicated competitive player-versus-player mode called The Arena, a new way to share story-driven campaigns called Tall Tales, an initial batch of these stories – nine missions called Shores of Gold, and a new trading company that specializes in fishing, cooking, and hunting called the Hunter’s Call.

And the massive update will be free.

Tall Tales
Duncan describes Tall Tales as a platform for storytelling in “Sea of Thieves,” but it’s more of an approach than a literal platform. The idea for it came out of the developers challenging themselves on how they could introduce stories and lore into the game, he said.

The first product of that effort was The Hungering Deep, which hit the game as a free content update last summer. The add-on had players follow a trail of riddles and rumors as they attempted to solve what happened to “Merry” Merrick.

Tall Tales launches off of that idea, allowing players to adventure their way through an assortment of stories told to them by non-player characters and found in books in the world.

The first, Shores of Gold, will be a nine tale narrative arc, Duncan said.

“No one has done this before, not in the way we’re doing it,” he said.

Players will kick off their adventures by reading the diaries of some previous pirates.

“You’ll talk to a mysterious stranger and he explains the shroudbreaker, an emblem that allows you to pass through the clouds,” he said. “The way you engage with that tale is a pirate’s log and a journal.

“The emphasis will be on the player solving puzzles.”

The Shores of Gold will be a mix of fixed puzzles and locations as well as some procedurally generated elements, making it both replayable and able to always invoke a sense of mystery.

“We see people wanting to play out these adventures on their own and then playing them out with different groups of friends,” he said.

The nine tales of Shores of Gold will lead from one to the other until all nine are unlocked and solved.

“Each tall tale is delivered in a book that you will get and use to embark on that quest,” Duncan said. “So once you’ve gone through the nine all of those will be available for replay.”

Duncan said that the team, which has been working on this update since the tail end of last year, are currently discussing when they may role out the next tall tale.

The Arena
Where the tall tales were designed to deliver miniature campaigns that can be played alone or with friends, the arena is a place players will go to hunt friends and strangers down and sink them.

Duncan said that the tall tales are narratively structured adventures with highs and lows, but that the arena is “all action.”

“You’re in a crew, in a ship fighting for silver and winning in an arena,” he said. “It’s all of the high points of the ‘Sea of Thieves’ in a session that starts in a tavern where you’re all together.”

The arena is a 24-minute long mode that drops four-player crews into galleons in a session where they fight to earn the most silver they can. Finding chests, cashing in treasure, taking on other ships all earn players silver. The crew with the most at the end of the session wins.

The sessions are formed out of a sort of pirate lobby complete with a pirate hot tub and a chance to chat with your fellow players, Duncan said.

The Hunter’s Call
The anniversary update isn’t just delivering two robust, new modes, it’s also bringing with it a new way to play the entire game through the addition of a new trading company.

The Hunter’s Call grants players a new way to earn experience and work their way toward becoming a pirate legend. That means players can now catch and cook fish and other animals to earn reputation.

Duncan said that the update also brings with it a plethora of food types and new tools to the world. That includes new traps, temples, keys, as well as expanded ship damage in arena, which allows players to take down the masts or damage the wheel or capstan. Finally, ships will be getting harpoons, which will be placed on the front of the ships.

“We’re feeling really excited and bullish about this addition,” Duncan said. “If you thought ‘Sea of Thieves’ wasn’t the game for you, or played and lapsed, now is a great time to come back.”

The Future of “Sea of Thieves”
With this massive update going live later this month, the development team is hard at work on what’s next. Duncan said that about a third of the team is working on the core experience, another third is focused on the area mode, and the rest on a bit of everything.

Among the things those teams are working on is a long-requested feature that will introduce to the game not just pets, but a way a form of in-game monetization.

“Pets was something we were trying to time with the anniversary update,” Duncan said. “While it’s awesome there are still things we want to tweak. So we want to get a bit more time to land that.”

The team doesn’t have a hard release date for pets, but Duncan said it will be this calendar year and that pets will be a feature that is monetized. The game’s first.

“We have aspirations to have a digital business as part of ‘Sea of Thieves,’” he said. “But it was not something we were originally focused on. We felt pets was a really nice initial first step with that.”

One thing that Rare has no plans to do with the game is bring it to other platforms outside of the Xbox and Windows PC. While Microsoft has been increasingly open to that idea — most recently launching exclusive “Cuphead” on Nintendo Switch, that won’t be the case for “Sea of Thieves.”

“We have no plans to do anything like that,” Duncan said. “We pushed a lot on crossplay and we see really good success with that on Xbox. Players being able to play together is really important, for ‘Sea of Thieves’ that is the essence of the experience. I don’t think we would ever want to create a separate bubble or ecosystem for the game.

“So we have no real plans to go anywhere else.”

By the Numbers
While Rare released a slew of numbers for “Sea of Thieves’” one-year anniversary, one that they haven’t shared, and still won’t, is how many people are playing the game each month or how many copies have been sold or downloaded.

“We haven’t been super actively sharing numbers,” Duncan said when asked, adding that “ engagement has been great, great since launch.”

“What we’ve seen every time when we release new content is a good player spike,” he said. “For us, the goals have been to create a game where you and your friends can share stories. The game is inherently watchable.”

And, he added, average session length is 90 minutes.

Sales too, he said, have been great.

“As a first party Microsoft studio we have a couple of roles: make great content for our platforms and the other thing is that we care deeply about ‘Sea of Thieves’ and want to continue to engage our players and have a very healthy comm in ‘Sea of Thieves.’

“That inheriently drives people to buy the game.”

Sales for the game are also complicated by the fact that “Sea of Thieves” is part of the Xbox Game Pass, which means subscribers don’t have to buy it to play it. Duncan said that the inclusion is great for the game.

“Ultimately, we feel ‘Sea of Thieves’ is in a healthy position both from users and revenue and that’s a great position to be in going into having our two biggest updates,” Duncan said. “I feel very proud of the team because ultimately we set out to do something new and brave and different and I feel we did everything we said we would do. We launched the game, we evolved with the players and committed for the long term, which I felt was a great start point.”