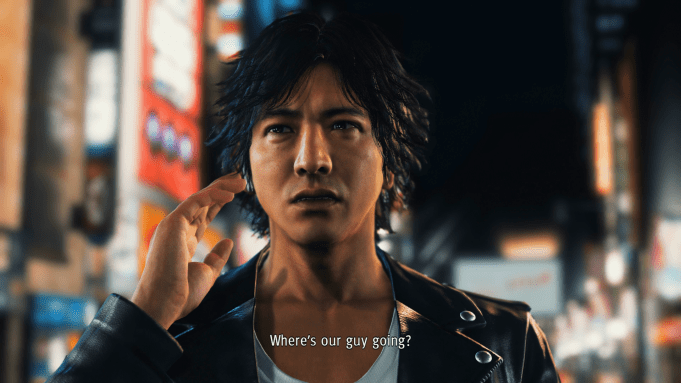 “Judgment” isn’t just a spin-off of the open-world, Japanese-centric criminal sim “Yakuza” franchise, it plays like a more refined approach to those origin games. It is a story-driven game of criminal investigation that seems to distill the best bits of “Yakuza,” extracting the core elements of the franchise out of the bloat that has come to define the more recent entries in the games.

Long-time fans of the “Yakuza” games are likely to see “Judgment” as a diminished version of their beloved franchise, but as someone who could never get invested in the stories of those titles and often found himself lost in the mini-games, the pointless fights, and silly side missions, it was refreshing to find a game that brought with it a bit of direction and a more compelling story.

While “Judgment” still delivers a lot of the core architecture of the series — including a fighting system reminiscent of “Yakuza 0,” same setting, games within the game and a diverse selection of food options — at its heart the game is a law-and-order legal thriller. Players take on the role of Takayuki Yagami, a disgraced attorney turned private detective, who sets out to investigate a serial murder case.

Where my time in previous “Yakuza” titles often resulted in a lot of time running around getting into fights, playing mini-games, and eating food, the story was never strong enough to overwhelm the attraction of that freedom of choice the franchise brought with it.

During my time spent playing “Judgment,” I discovered a game that both narrowed the scope of the open world and increased the draw of the story. The result is a game that neatly draws you through the narrative, while still giving you just enough freedom to break free of the story for the occasional bit of interactive randomness.

There are, for instance, arcades in the game that include UFO games and even a virtual light gun game you can play through. You can decorate your apartment, stop off for food and drink, find hidden cats, and, yes, get into endless fights with street thugs. But these feel like colorful additions to a compelling story, leaving players to feel like they’re inside a grittier, more evocative “Ace Attorney” rather than a “Grand Theft Auto” in Japan.