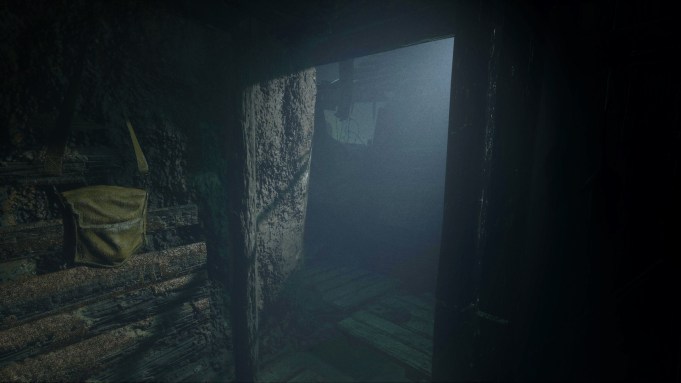 War is coming to Tribeca Film Festival, specifically World War I delivered through an immersive experience that combines the technology of virtual reality, haptic feedback, and special effects with the physical sets of a theater and voice talents of a famed podcaster.

“War Remains,” which debuts at Tribeca later this month, was created by MWM Immersive, the group behind “Chained: A Victorian Nightmare” and the upcoming VR game “Groundhog Day: Like Father Like Son.”

“‘War Remains’ is about throwing audiences directly into an immersive memory of the First World War,” said Ethan Stearns, executive producer at MWM Immersive. “You begin by stepping into our physical set and donning a wireless VR headset that allows you full freedom to walk through the stage.”

Stearns tells Variety that the installation is broken into several sections, each with unique experiences.

“At times, you’re coming as close to the horrors of historical warfare that modern technology can bring you, and it can be terrifying and exhilarating, and also very loud and even emotionally challenging,” he said. “At other moments, Dan’s narration takes a more educational tone, and he gives you a high-level understanding of how the conflict evolved and of how the First World War changed battlefields forever. We think that Dan and our director, Brandon Oldenburg, did a spectacular job of balancing a user’s learning about this watershed moment in time while always keeping them on their toes.”

“Dan is an icon in the world of podcasts and his material is a truly visceral listen,” he said. “We were thrilled to meet the challenge of translating his work into a new and cutting edge medium.”

The team used the Unreal Engine to create the virtual reality experience, which was then paired up with set design and other real-world special effects.

Carlin calls the experience a “time machine-like dive into a Western Front battlefield … the most realistic simulation to date of a nightmarish human experience from more than a century ago.”

“I’ve always said that places like the Western Front at their worst were inconceivable to those who hadn’t seen them firsthand, but one of the valuable parts of this experience is it uses the latest technology and techniques to make it easier to imagine,” he said in a prepared statement. “In that sense, I hope it’s an empathy-enhancement tool. It takes things one step further than film or television or video games have been able to do.”

Stearns describes it as an immersive experience that stands apart from video games, movies or television.

“The project combines elements from a range of different established mediums, from games and film to interactive theater, but very few groups are doing anything quite like this,” he said. “Beyond sight and sound, ‘War Remains’ enhances the participant’s sense of presence with physical haptics. Guests can literally reach out and touch the walls of the trench, and this paired with other effects like wind and floor rumblers provide a more powerful sense of immersion then you could ever feel in a movie or video game.”

The result, he said, is much more impactful than anything a traditional movie could deliver.

“The First World War was a horrible experience for everyone on the front lines, and a traditional movie can only go so far in terms of translating that experience to a viewer,” Stearns said. “One of our goals with ‘War Remains’ was to give people an intimate feeling of what it was actually like to be in the trenches – to feel the earth tremble as a tank crawls over the trench, to feel the wind from across the apocalyptic landscape on their face, to hear and see fallen comrades as if they are right next to you.

“Dan likes to refer to this as tapping into a viewer’s ‘lizard brain.’ We feel that this type of experience, one that blends digital and physical, leaves a much greater impact than a movie on a screen.”

Tickets for “War Remains” are available online through the Tribeca Film Festival. After the experience’s run at Tribeca, it will be moving to Austin for another limited run, Stearns said. The hope is to bring “War Remains” to other markets after Austin as well, he said.

With “War Remains” wrapped, MWM Immersive are in the midst of working on a number of other projects for use at home, Stearns said.

“We love interactive entertainment and want to share it with as many people as possible,” he said. “This project is a perfect example of what we do at MWM.  Working with the world’s best storytellers and helping them use the right medium and create the right message through their content.  We are so excited to tease people with this trailer, but even more excited for people to step into this immersive memory at Tribeca in a few weeks.”