‘DC Universe Online’ for Switch Is a Faithful Port 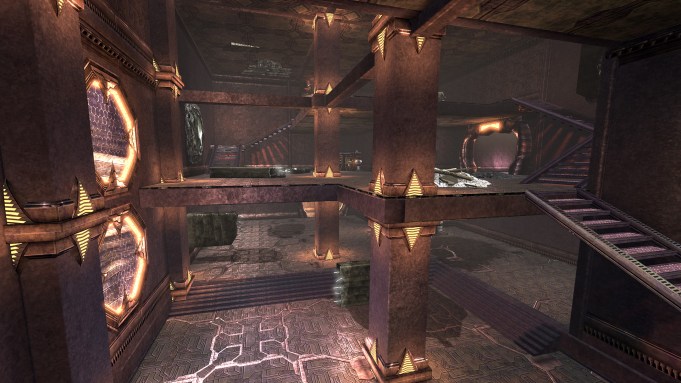 “DC Universe Online” has always pinned itself as a console-first MMORPG. It’s definitely at odds with other games in the genre, most of which start on PC and eventually make its way over to console. But this has meant that the team over at Daybreak Games have had to release a new version for next-generation hardware while simultaneously sunsetting the PS3 version. And more consoles will continue to come, meaning the team will always have to make new ports. So why not create one for Nintendo’s handheld-console hybrid?

At E3 in Los Angeles, in a suite at the top floor of the JW Marriot, Daybreak Games were showing off the latest build of “DC Universe Online” for Nintendo Switch.

“None of us were sure that it would work, and realizing as we started developing it that it was going to work was a proud moment for us,” said executive producer Leah Bowers.

Playing through “DC Universe Online,” it felt like a true transition from the beefier consoles by Sony and Microsoft to Nintendo’s much weaker system. Flying through Metropolis felt great, and there were no noticeable framerate hiccups. Sure, the resolution and textures were slightly lower, but on Nintendo’s small 720p screen, it was more than manageable. While docked, the game will have a variable resolution and will not be locked to 1080p.

Jumping to a more technically challenging area like Atlantis also provided an adequate gameplay experience. Framerate felt good, even when a bunch of enemies started attacking.

“I would say it’s closest to the PS4 version,” said Bowers. “There’s some amount of differences, but honestly, it’s pretty darn close.”

This is great news for fans who want to be able to play on the go. Unfortunately, fans will not be able to carry over their same profile from console to Switch. It means that longtime fans will have to create a new profile. That’s something the development team is sympathetic towards, but at the moment cannot easily make cross communication work.

“It’s something we’re certainly going to look into. I can’t say we have a definitive plan now,” said Bowers. “With PS4 getting into [crossplay] — we already have crossplay with PS4 and PC — but it’s something I’d certainly love to see happen.”

Switch owners should also pony up for a sizable Micro SD card as the game will easily clock over 20 GBs. There are no plans for a physical release either.

There’s no release date set for “DC Universe Online” for Switch, but the development team is aiming for summer 2019.