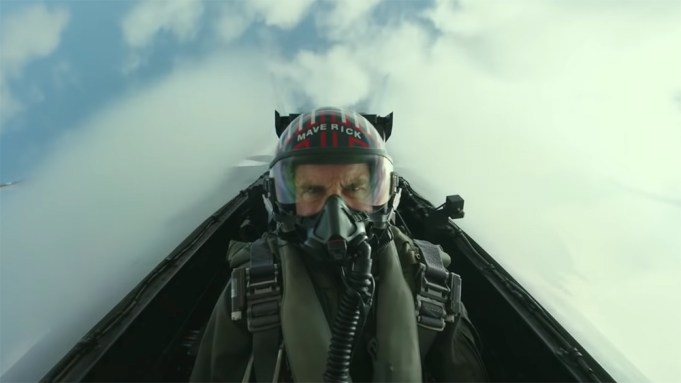 Tom Cruise is feeling the need for speed (again) in the official trailer for Paramount Pictures’ “Top Gun: Maverick,” a sequel to his 1986 classic.

The action-packed footage sees Cruise returning, after 30 years of service, as a flight school instructor. “I have to admit I wasn’t expecting an invitation back,” Pete “Maverick” Mitchell says in the new clip released Monday.

In the follow-up, Maverick shows a new class of fighter pilots how to duck, dip and dive in the sky. The trailer features plenty of scenic views, fancy jets, bomber jacks and aviator sunglasses.

“Your instructor is one of the finest pilots this program has ever produced,” his commanding officer tells a class of new recruits. “His exploits are legendary. What he has to teach you may very well be the difference of life and death.”

The original film was a huge commercial success, grossing $356 million worldwide from a $15 million budget.