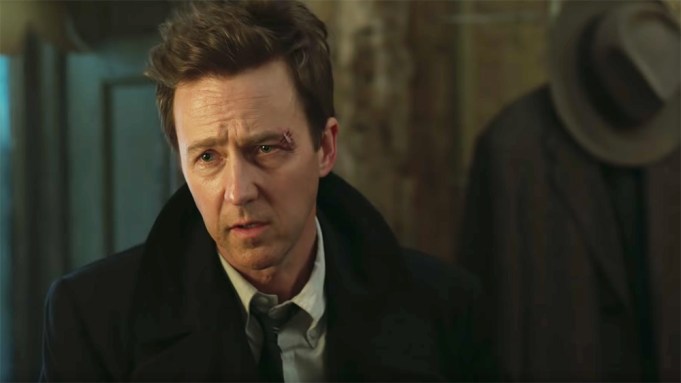 The trailer for Edward Norton’s forthcoming crime drama “Motherless Brooklyn” is officially out.

Warner Bros.’ drama, based on the 1999 novel by Jonathan Lethem, follows Lionel Essrog, a young man who works for a small-time mobster in Brooklyn while struggling with an intense case of Tourette Syndrome.

“Okay, listen, I got something wrong with me, that’s the first thing to know. I twitch and shout a lot, it makes me look like a damn freak show,” Lionel (Norton) voices over at the beginning of the trailer. “But inside my head’s an even bigger mess. I can’t stop twisting things around, words especially. I have to keep playing with ’em until they come out right. Then I started working for Frank.”

Lionel begins working for New York-based mobster Frank (Bruce Willis) who runs a limo service detective agency. However, after the Frank — considered the King of Brooklyn — is fatally stabbed and one of Lionel’s colleagues consequentially lands in jail, Lionel’s life turns upside down as he attempts to figure out the deadly case.

“[Frank’s] the one who taught me how to use my head, turn it into a strength, gave me a place in this crappy world…until I screwed up,” Lionel continues.