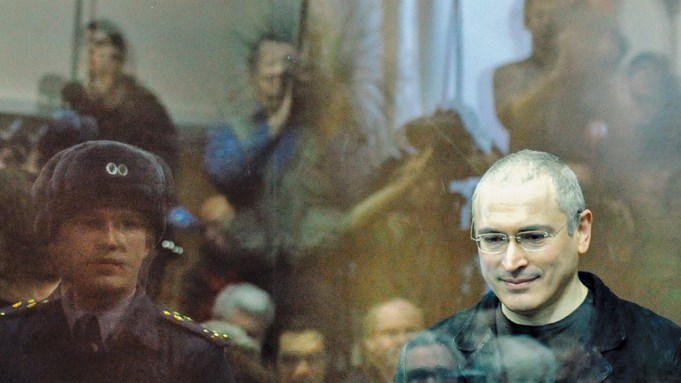 Alex Gibney’s “Citizen K” is a devastating portrait of corruption in Vladimir Putin’s Russia that seems to grow ever more timely. It follows Mikhail Khodorkovsky, a former oligarch and ally of Putin who became an unlikely political dissident, risking everything to blow the whistle on the threat the Russian leader poses to democracy.

“After 2016, I became interested in Russia,” Gibney told Variety. “It seemed like a country we hadn’t paid enough attention to. I set out to find out how power works at the top in Russia and at the bottom, and came across Mikhail, who was sort of a dissident in exile.”

Khodorkovsky was once among the richest men in Russia and in the world. He became an oil baron during the country’s privatization in the 1990s as it turned its back on communism and towards kleptocracy. However, he ultimately ran afoul of Putin, spending decade in prison for trumped-up charges of tax fraud. Now, Khodorkovsky lives in the U.K., where he sounds that alarm about his former friend. Giving Gibney unprecedented access meant risking his safety, but the director says Khodorkovsky didn’t blink.

“His view on safety is if someone is determined to kill him, they’re going to kill him no matter what he says or does,” says Gibney. “He doesn’t travel with a retinue of security.”

“Citizen K” was backed by Amazon Studios and is being distributed by Greenwich Entertainment. It is expected to get an Oscar push. Gibney, whose films include “Enron: The Smartest Guys in the Room” and “Going Clear: Scientology and the Prison of Belief,” previously won an Academy Award for “Taxi to the Dark Side.” “Citizen K” opens on Nov. 22.

Gibney set out to tell Khodorkovsky’s story because of Russia’s alleged meddling in the 2016 election. Even he admits that he wasn’t expecting the finished product to feel so topical. The impeachment inquiry into Donald Trump is looking into whether or not the president pressured the Ukraine to open an investigation into his political rivals. Trump allegedly tightened the screws on Ukrainian leaders by withholding military aid, which it needed to protect itself against Russia. But Gibney sees other parallels between Putin and our fraught political moment.

“It’s hugely important to see how and why Putin came to power and how he stays in power,” says Gibney. “It’s a cautionary tale on where Donald Trump may be taking us, both in his ability to label media stories as fake news and in the way he hopes to eviscerate a legal system.”